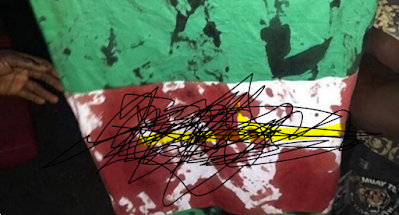 End SARS protesters at the Lekki ground have come under heavy gunfire.

Bullets fired by security operatives have hit some persons.

At least one person has been reported dead, others feared killed and many injured

Voices in a viral footage blamed the shootings on soldiers.

Gunshots rented the air late Tuesday evening hours after the expiration of a 24-hour curfew declared by the Lagos state government.

The state initially said the curfew would commence at 4 pm but at 7 pm, authorities announced that it had been extended to 9 pm.

Apparently, the change of time has not helped the ongoing situation.

Security agents move into Lekki at about 6:30 pm.

The light of the general area was turned off.

Earlier, security cameras were removed. Photographs of the removal are on the internet.

Military Men opened fire just now in Lekki Toll gate just now!!! Nigeria is a failed state and the a youth promises we will take it back! #EndBadGoveranceInNigeria #EndSARS pic.twitter.com/qLGFlT0ECs