Popular Links: Buhari Football EFCC Boko Haram Trending Nigerian Names Politics
Home | News | General | See this hotel where buckets are used to bathe, you can easily see someone else in their toilet through the window (video)
Messi inspires Barcelona to comfortable win over Ferencvaros in Champions League opener
See how people chased this little baby who 'stole' away camera during videoshoot, many react

See this hotel where buckets are used to bathe, you can easily see someone else in their toilet through the window (video)

- A young man, Yemi Elesho, has called out a hotel over their subpar services and facilities

- While filming the room he slept in, he said only a bucket was provided in place of a shower for bathing

- Yemi added that what got him so angry was that while in the toilet, he could easily see another room occupant when they were bathing

A young man, Yemi Elesho, has taken his frustration over a hotel's poor facilities to social media, and the reaction, though serious, came out as hilarious.

Speaking in Yoruba, he said he has never faced the disgusting situation he encountered since he has been staying in hotels.

Filming the bathroom and toilet, he said the hotel lacked a proper shower, adding that a small dirty bucket was provided for people. 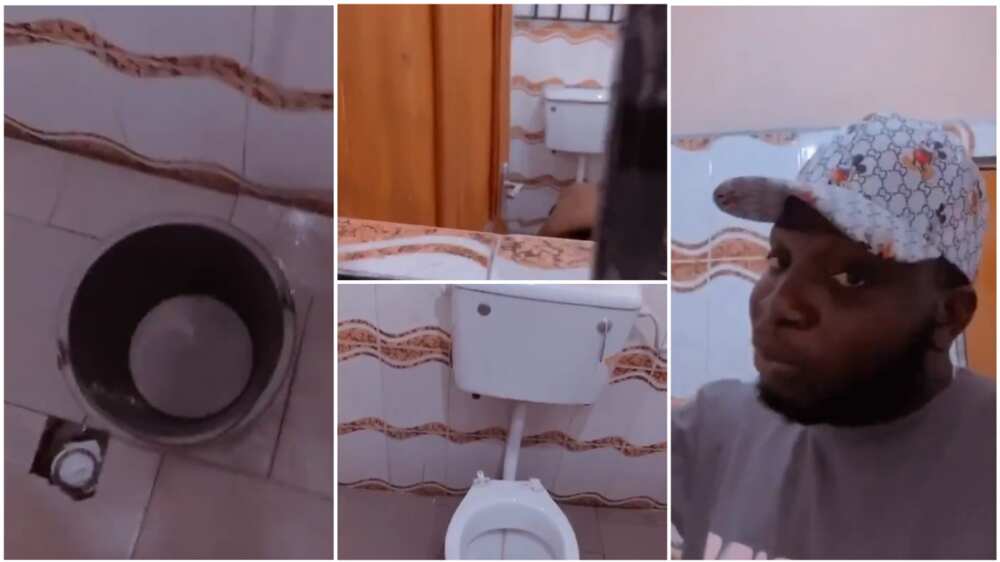 Yemi said that he was more appalled by how one could see another room occupant through the window. Photo source: Twitter/Postsubman
Source: Twitter

He also filmed the toilet bowl, saying that the situation was really bad. Perhaps the worst situation was at the tail end of the clip where he said when a room occupant is using the bathroom, he can see another person in a separate room in theirs.

The bathroom's window leads into each other. The man then wondered why people build hotels when they know they do not have sufficient funds to provide suitable facilities.

Below are some of the reactions the video got:

"Tell us how much you paid."

"This man no well. Abeg call out the hotel name make moto no go jam another person for there ooo."

"Lolzz I no understand Yoruba bt this is funny" 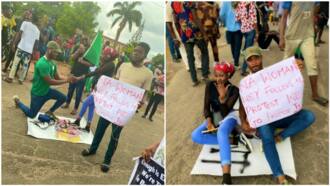 Meanwhile, Legit.ng earlier reported that a house agent took to the bird app to advertise a room self-contain in the Agungi area of Lekki.

The house agent shared photos of the house and the different areas like the kitchen, toilet and the compound.