- A white woman, Jessie Joe Jacobs, left many social media users surprised when she revealed that her grandfather, Dr Moses Majekodunmi, was a minister in the 1960s

- Sharing an old photo, she said he once visited JF Kennedy in 1961 when Alhaji Tafewa Balewa was a prime minister

A white woman, Jessie Joe Jacobs, has said that Dr Moses Majekodunmi, a minister during the first Nigerian democracy, is her grandpa.

She shared a throwback photo when he and the then Nigerian prime minister, Alhaji Tafewa Balewa, met with JF Kennedy in 1961.

In a LinkedIn post, Jessie described her grandpa as a very respected politician who survived many military coups that killed a lot of people.

The woman said she is using the black history month to celebrate her granddad. She added that she never got to know about her black history until she was in her teenage years.

Jessie added that when she got to know of her black heritage, she became prouder of herself as she drew inspiration from it. 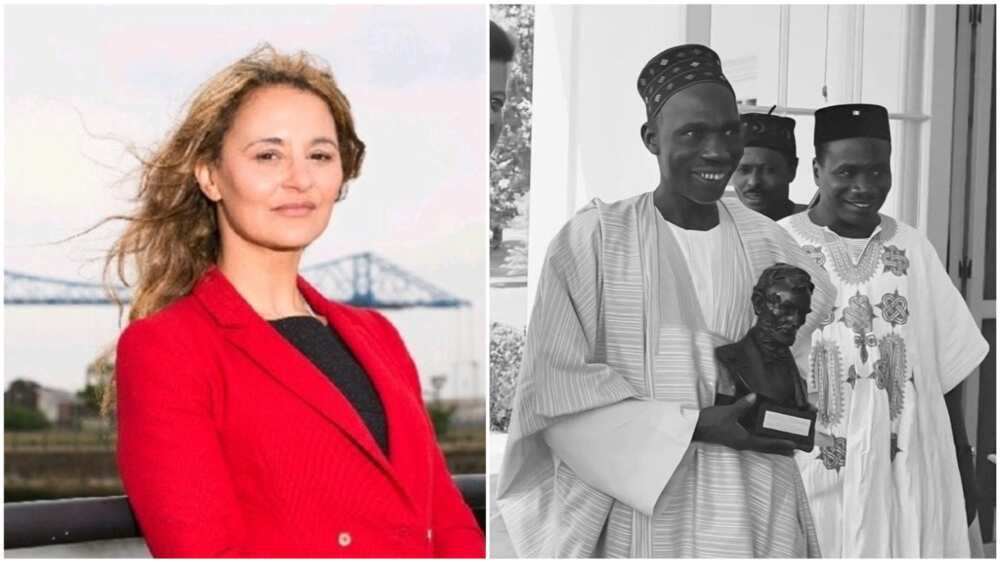 Below are some of the reactions her post got:

"You have a noble birth. Always remember to stand tall wherever you are. Dr Majekodunmi was among the few Nigerians with advanced education at the time of independence. His hospital, St Nicholas is in the list of best 10 in Nigeria."

"Awesome stuff. He was a great man and my grandmother's brother. I knew him quite well. My grandmother is now 98. He wrote an autobiography, hope you have read it."

In other news, Michael Ibru was one of the greatest men in the country who made it big by doing something novel. In 1957, he started producing and marketing frozen fish.

When he started, it was an entirely new market as there was no taste for the product. That, however, did not deter him from breaking limits in the business.

It should be noted that an earlier effort by the Europeans to push the business in the country failed woefully.

He did not allow the people's saying that he was offering “mortuary fish” to stop him despite the fact that he was in his early 20s.

How Buhari’s ministers were received after inauguration | Legit TV