Austin Eguavoen is set to be appointed as the coach of Malian football club Stade Malien according to reports by Nigerian outlet Brila.net.

It was gathered that the 55-year-old who played 49 matches and scored 1 goal for Nigeria before retiring from active football in 2001 already had fruitful discussions with top management of the club.

Eguavoen has agreed to take up the role and he is expected to arrive the Malian capital of Bamako on Tuesday, October 27 to complete formalities and sign the deal.

He has been out of work for about three years after ending his spell with Nigeria professional football league side Sunshine Stars back in 2017.

He has managed the Super Eagles, various level of Nigeria’s national youth teams as well as several local clubs in the last two decades - and now he is said to be up for another challenge.

The country's football apex body, Nigeria Football Federation confirmed the news through one of their official channels. 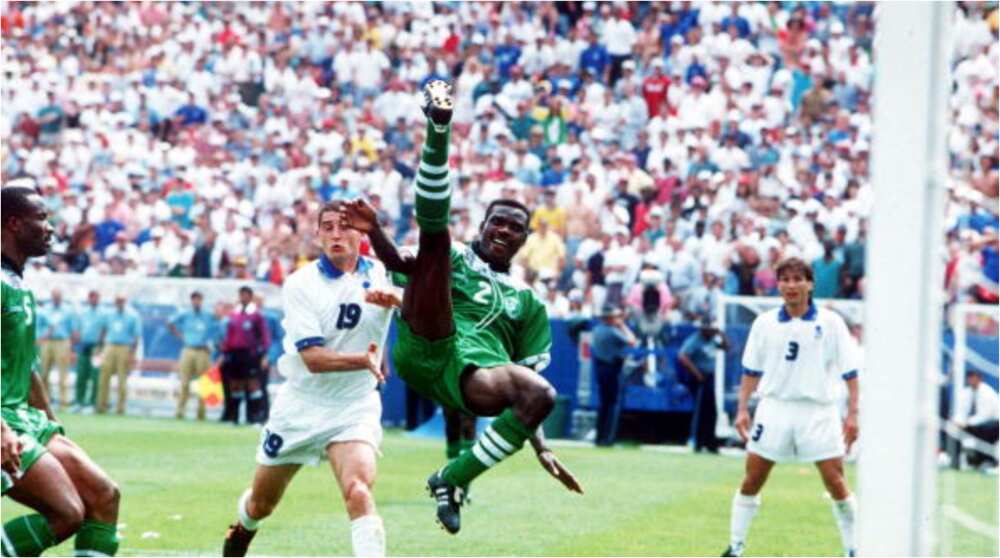 Austin Eguavoen who played as a defender for Nigeria and has managed the Super Eagles is set to become Stade Malien head coach. Photo: Bob Thomas
Source: Getty Images

The former Eagles captain hanged his international boot in 2014, after making his third FIFA World Cup appearance in Brazil.

His last few years in active football were spent at Fenerbahce and Norwich and later hanged his boots in 2014.

And he was on the bench during Nigeria’s friendly matches with AFCON champions Algeria as well as Tunisia during the international break.

Meanwhile, Legit.ng earlier reported that Super Eagles coach Gernot Rohr has claimed that despite his team not winning any of their two friendly matches in October, the squad still competed well during the games.

Nigeria lost 1-0 to African champions Algeria on October 9 before being forced to a 1-1 draw with Tunisia four days later.

Gernot Rohr was without key players including Wilfred Ndidi, Oghenekaro Etebo and Joe Aribo during the international break, but seems pleased with his team’s performance.