- Mendy has now displaced Kepa Arrizabalaga as the Blues number one

The 28-year-old completed a move to Stamford Bridge this summer from Rennes as a replacement for Kepa Arrizabalaga who has endured an underwhelming form in recent months.

Having missed Chelsea's 3-3 draw against Southampton in the Premier League through injury, the Senegalese keeper was drafted in the starting XI against Sevilla in the Champions League.

Mendy helped the Blues keep a clean sheet during the match which finished in a goalless draw - Lampard's first barren draw as Chelsea boss. 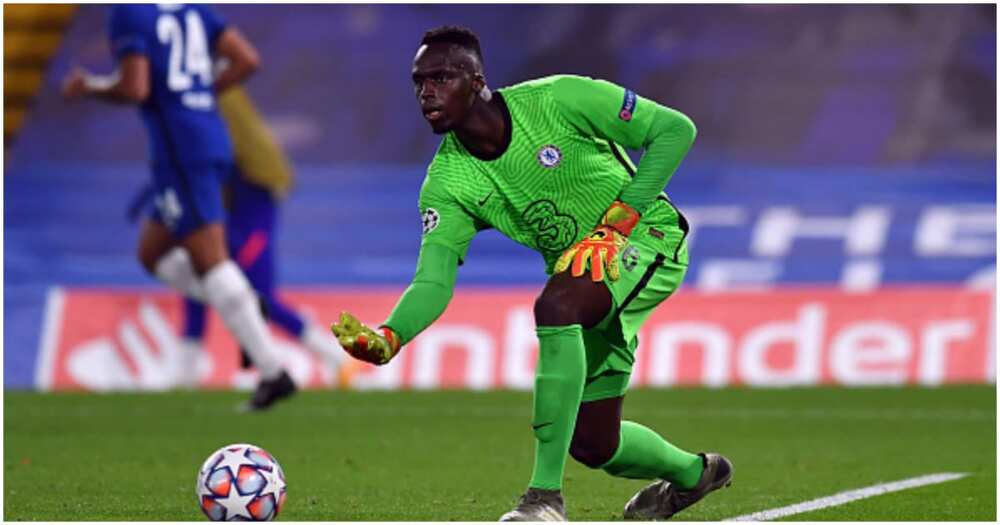 The move to rush a not fully fit Mendy into the first team appeared as a clear sign the English tactician had settled on the new signing as his preferred first-choice keeper.

The former Derby County manager went on to confirm the same after his side's meeting with Sevilla, divulging the Senegal international had "shown quality." Lampard was quoted by talkSPORT saying:

“At the moment yes [he is first-choice]. He’s shown his quality. The way he’s played, he’s played very well, that’s two clean sheets for him already.

“As it stands he is [the number one] but that’s always up for grabs. But the way he’s playing I’m very happy."

Lampard's announcement came just hours after he had included legendary shotstopper, Petr Cech, in his 25-man squad for the Premier League.

This was despite the former Czech Republic international announcing his retirement from football back in 2019.

Cech spent 11 years at Stamford Bridge before he moved to Arsenal where he called time on his career before he returned to west London as technical advisor.

Interestingly, the 38-year-old is a year younger than Willy Caballero who has been deputising Kepa at the west London club.

Legit.ng earlier reported that Petr Cech has returned to the Chelsea squad after club manager Frank Lampard named the 38-year-old goalkeeper in the squad that that will represent the Blues in this season’s Premier League.

The goalkeeper has been called out of retirement and is now part of Chelsea’s 25-man squad as he is branded "emergency goalkeeper cover" despite his retirement from football in 2019.

Cech joined the club’s coaching staff last year and he was employed as a technical and performance advisor after, but he has been training with the club.