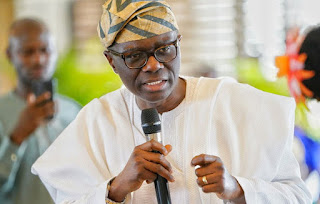 Governor Babajide Sanwo-Olu of Lagos State has said the security officers who shot at End SARS protesters got the instruction wrong.

Sanwo-Olu while expressing shock and surprise over the shooting said he found out about the incident from the wife of a cabinet member who called him.

According to him, the instruction was that the officers will not be out until 10-10:30pm when all citizens have gotten to their various homes.

“The events that started around 7-7:30pm came as a total shock. I don’t know how the officers got it all wrong because the instruction was that police won’t be out until 10-10:30pm when all citizens should have gotten to their various homes. This is totally against what we stand for.”

The governor further stated that he has reported the incident to the highest level of the military hierarchy and a judicial panel will be set up to investigate it.

“The army does not report to me. I have reported the matter to the highest command in the military. It’s not something we are going to gloss over. A judicial panel will be set up to investigate it. I have escalated it to the highest level of the military,” he added.

He, therefore, called on leaders at all level to speak up and put an end to the protests.