- Ronaldo tested positive for coronavirus for the second time

Cristiano Ronaldo has flashed his very expensive Rolex wristwatch as he continues to recuperate in self-isolation after testing positive for the dreaded coronavirus a second time.

The huge lover of luxury also has a lifetime contract with the sports giant Nike and has endorsement deals with the likes of Tag Heuer, Armani, Castrol and PokerStars.

He has spent lavishly on properties across the globe as well as lavish cars and other items including wristwatches which he showed off on Thursday, October 22, and captioned it 'Thursday style'.

The Portugal national team captain has however tested positive for coronavirus for the second time and will most likely miss Barcelona's Champions League fixture.

Ronaldo initially contracted the infection while on international duty with Portugal earlier this month and immediately left the squad and returned to Turin to self-isolate. 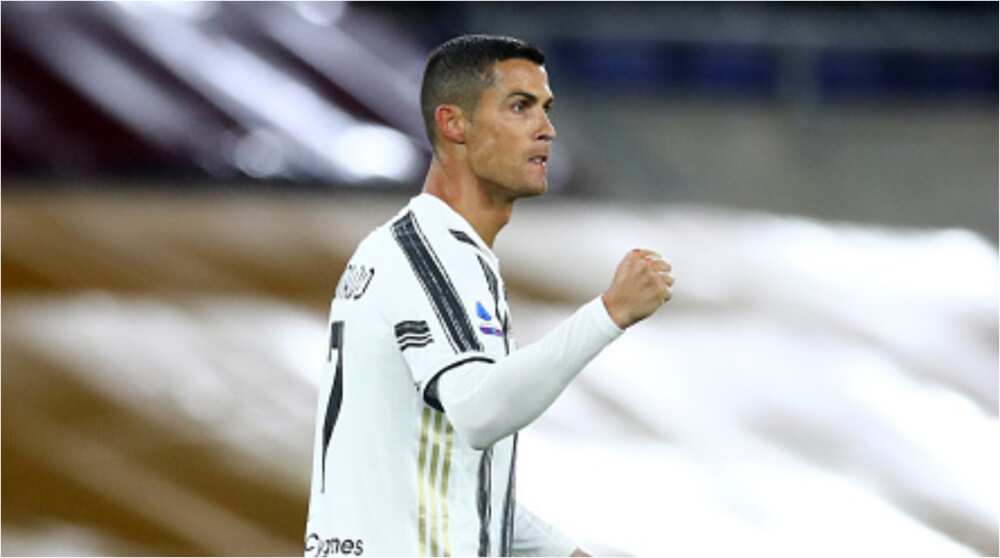 He will however miss the Old Lady's Champions League clash against Barcelona on Wednesday, October 28.

CR7 earlier dished an inspiring message to his followers on social media as he makes recovery from the virus.

He could only watch from an isolated apartment during Portugal’s UEFA Nations League clash with Sweden on Wednesday night, October 14, but hopes to be back as soon as possible.

Meanwhile, Legit.ng earlier reported that Zlatan Ibrahimovic who also contracted coronavirus had it for more than two weeks before making total recovery.

September 24 was the day the former Manchester United striker took to social media to confirm that he has COVID-19 claiming he would fight hard to recover.

According to Sky Sports citing their sister project in Italy, they are claiming that AC Milan players have had another round of tests in which only two results came back positive.

The Swede has fully recovered and has featured for AC Milan scoring two great goals in the Milan Derby.