- An Islamic group has accused the UK, the US and Canada of bias against the Muslims in Nigeria

- The group, Supreme Council for Shari'ah in Nigeria, was reacting to the statements made by the countries regarding the violence trailing the #EndSARS protests

Amid the violence trailing the #EndSARS protests across Nigeria, an Islamic group, the Supreme Council for Shari'ah in Nigeria (SCSN), has accused the United Kingdom, United States, Canada and some other countries of bias against Nigerian Muslims.

Premium Times reported that the group made the allegations during a press conference on Thursday, October 22.

The group claimed that the listed countries often take one-side positions without recourse to verifiable evidence. 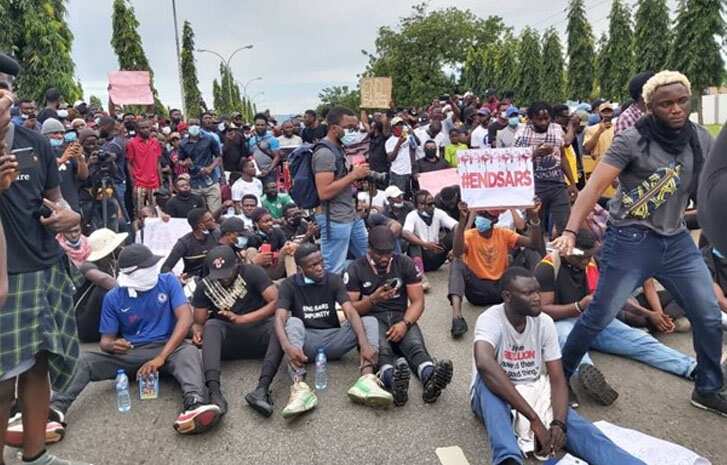 The SCSN was particularly reacting to the statements made by the countries which condemned the shootings of protesters at Lekki toll gate in Lagos on Tuesday, October 20, and called for an end to the violence trailing the protests.

Muhammad Bin-Uthman who read the text of the press conference on behalf of the group’s secretary-general, Nafi’u Baba-Ahmad, called on the countries to be truthful and impartial in taking positions on issues affecting Nigeria.

According to the group, the #EndSARS protests changed from “a patriotic undertaking into a religious and regional conflict” due to “unguarded utterances” of some Christian clerics.

The Islamic group further claimed that Muslims and their property came under attack by violent mobs Lagos, Abuja, and other parts of the country in the wake of the #EndSARS protests due to the alleged inciting comments.

The group called on the government to bring the altercation to a stop and prosecute all those who participated in the carnage.

It also called for comprehensive police reform and implementation of the commitments made by the government.

Earlier, Legit.ng reported that the government of the United States (US) decried the alleged use of force by security personnel on unarmed protesters in the Lekki shooting that ensued on Tuesday, October 20.

In a statement on Thursday, October 22, the secretary of state, Michael Pompeo, called for justice on soldiers who brutalised EndSARS protesters during the rally.