After man resorted to begging in a hilarious way since he lost his job, stranger raises money to buy him a house

- Lusindiso Malgas, who originally hails from the Eastern Cape, stood on the roads of Blouberg with hilarious signs to try and generate an income

- The witty signs caught the attention of a kind stranger, who has offered to buy a house for the 27-year-old man

The COVID-19 pandemic has caused millions of South Africans to lose their jobs. Amongst them is a 27-year-old father, Lusindiso Malgas.

Malgas, who originally came from the Eastern Cape, lost his job as a warehouse packer. As a dad of three, Malgas had to come up with a way to generate income.

However, job hunting in the current economic climate is proving to be nearly impossible. So, Malgas decided that he needed to ask for help. 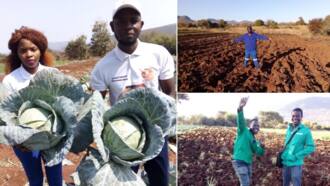 Taking to the streets of Cape Town, the 27-year-old asked motorists for money. However, instead of begging using his tragic story, the dad made hilarious placards that put smiles on people's faces.

“When I lost my job, I was like what am I going to do? How am I going to survive? All I know is how to make people laugh and how to talk to people. I had no choice but to work and put food on the table.” 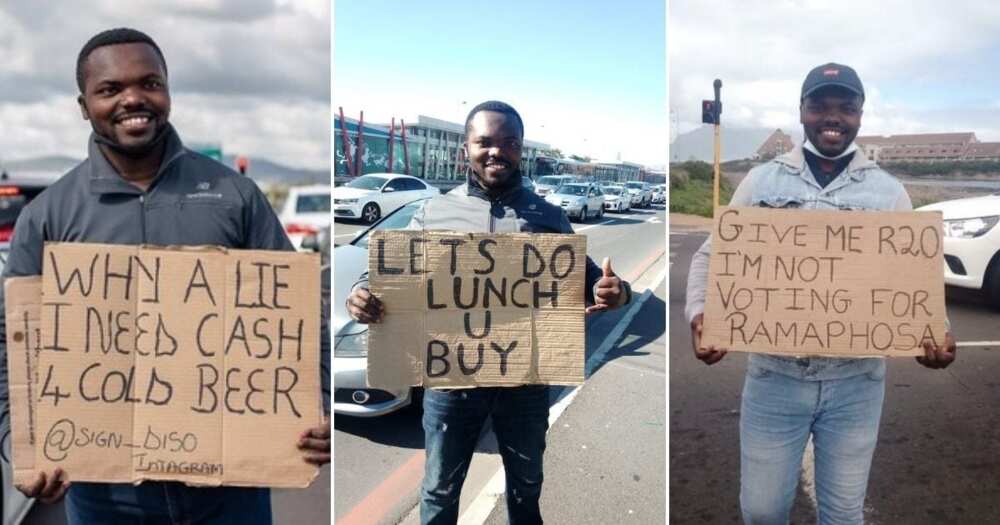 Jobless father of three, Lusindiso Malgas, has put smiles on the faces of motorists who pass him every day with his placards. Photo: Supplied
Source: UGC

His warm personality and witty signs caught the attention of a kind man. Brendan Cottle, a 35-year-old business consultant, decided he wanted to help the father of three get back on his feet.

Not only will the house be a dream come true for Malgas, but it will also allow him to reunite with his children - who are currently living with their grandparents. 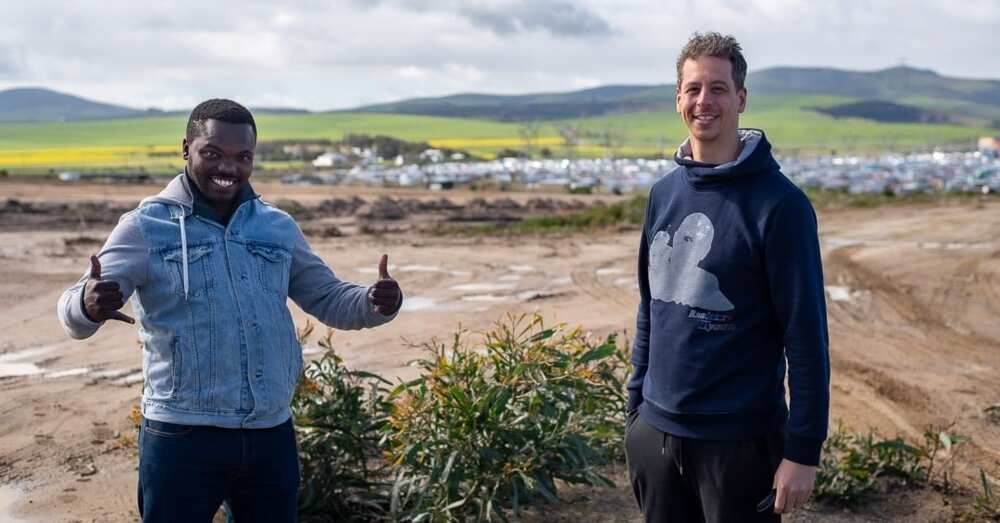 “Seeing Lusindiso’s smile brightened up my morning commute and I know the same can be said for many others. I am a very optimistic and positive person and when I saw Lu's smile and happiness to do what he was doing, made me think about his and the situation of others, especially during the country lockdown. I hope with this campaign, Lusindiso’s story can reach more people and that his positivity can circle the globe.”

Over 130 people - both locally and internationally - have contributed to Malgas' home.

“I would like to thank the Capetonians, as well as people across the country and overseas who have helped me and understood my situation. Those are the good people. I don’t know how I survived. But I did. God is great!”

Aside from buying him a house, Cottle hopes to help Lusindiso launch a T-shirt business to help him support his family going forward.

In other news, Thembisa Makalwazi Ndlovu is one proud shack owner. And after catching a glimpse of the place - we all understand why.

Her beautiful shack is certainly one of a kind, which is probably why she took to her Facebook to share pictures of the place.