- The governor of Edo, Godwin Obaseki has decried the hijacking of the EndSARS protest in the state by hoodlums

Governor Godwin Obaseki has made a groundbreaking promise to youths in Edo to appease them over the violence that has trailed the EndSARS protests in the state.

Although Obaseki said that he has no issue with the protest, he opined that it is now politically motivated, having been hijacked by some miscreants, PM News reports.

The governor made this submission when he hosted an interactive session with youth groups at Government House in Benin on Friday, October 23.

Obaseki, as one of his resolutions, said that the 24-hour curfew earlier imposed on the state has been relaxed to 4pm - 6am. 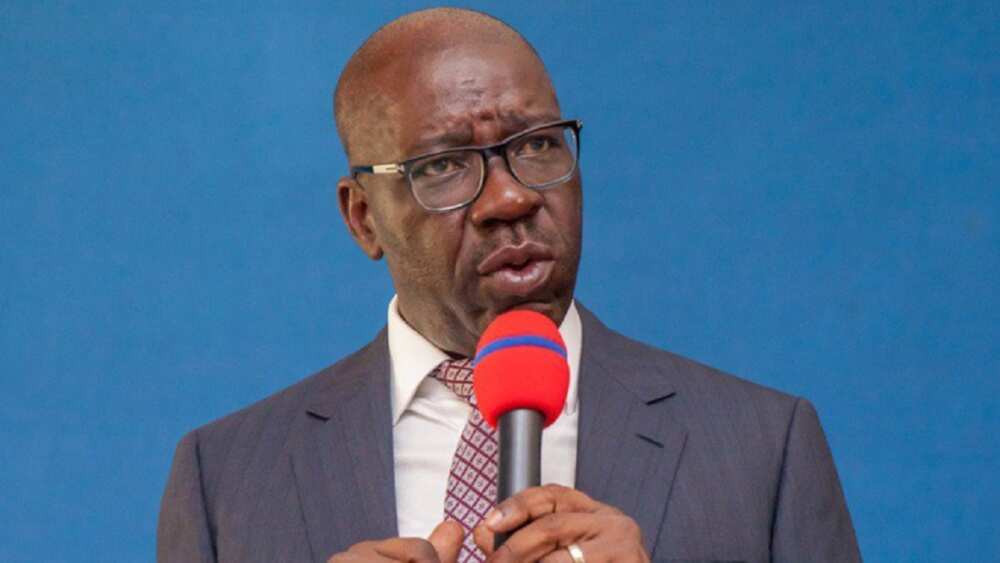 Added to this, the governor promised the youths 60% representation in his new cabinet as a way of showing his confidence in their ability to deliver positively in his second administration.

Obaseki said that he will do everything to flush out those who try to take advantage of the protest to rain terror on innocent citizens.

“Just as we defeated them in the election, we will contain them. With my ENDSARS people, we are going to arrest them and put them back to the zoo.

“Without law and order, there can’t be economic growth because no investors will come here to invest."

Meanwhile, President Muhammadu Buhari on Thursday, October 22, addressed the nation following the ongoing nationwide protests against the activities of the disbanded SARS.

The Nigerian leader in a national broadcast on Thursday night suspended protests across the country.