Revealed: What Arteta told Ozil after leaving him out of Arsenal's squad for the 2020-21 season

Arsenal manager Mikel Arteta has reacted to Mesut Ozil’s rampant Twitter activity as the Gunners snatched a victory over Rapid Vienna in the Europa League.

The Gunners turned the game around in five spectaculars second-half minutes as goals from David Luiz and Pierre Emerick Aubameyang ensured the Gunners went home with all three points.

One subplot in the match was the fact that Ozil was thoroughly cheering his team on social media, despite his treatment at the Emirates.

The German international was excluded from the club’s Europa and Premier League squad for the season, and he is highly unlikely to play for the club again despite his hefty wages. 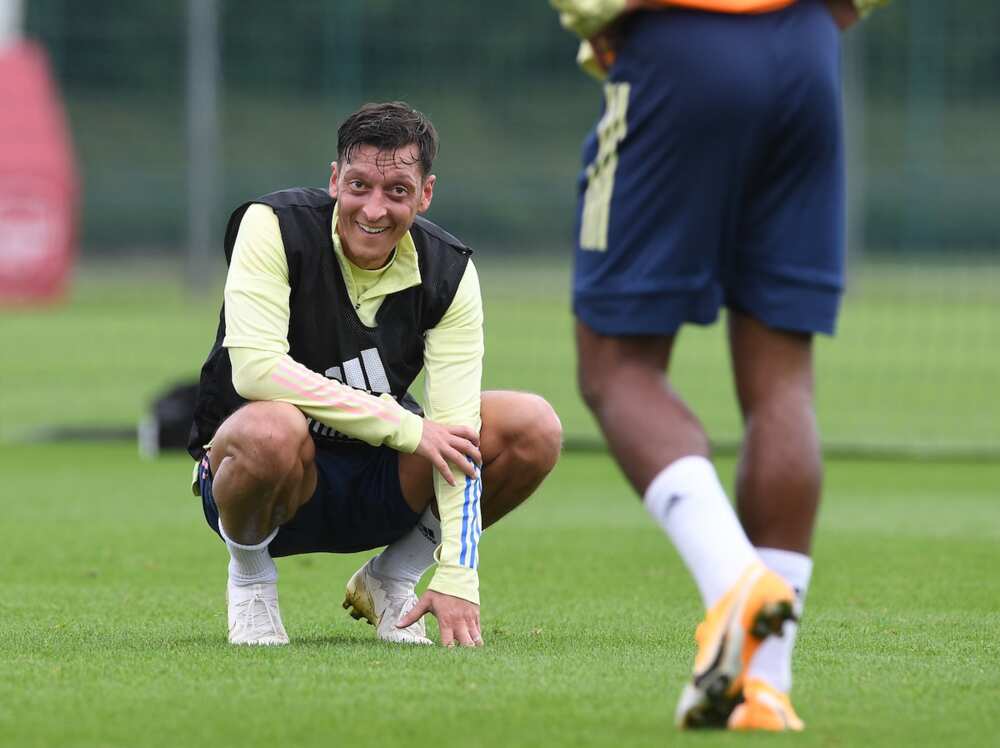 Ozil recently issued a statement on social media saying he would continue to support the club despite his treatment, and this was very evident in his social media activity on Thursday.

"When I can't support on the pitch tonight, I will support in front of the TV in London. What are your predictions for the match? I go for a 4-1 away victory,” one of his tweets read.

After the game, Ozil also took to social media to congratulate his side for turning the game on its head.

Arteta was asked after the game what he made of the midfielder’s Twitter voice to which he said:

“This is great! This is what I want from all the players that aren't in our squad. I didn't expect anything different to that, so it's good to hear,”

Arteta was also asked whether he found it frustrating that there was so much talk revolving around Ozil despite the fact that he hasn’t played for the club since March.

“No. I think it's part of the situation that we have. When we have big players in this position, it's normal that people want to know and fans want that information and you have to ask the questions.

So I take it in a natural way, I try to respond with honesty and clarity and give the information that is available from the inside."

Arsenal will return to Premier League action on Sunday, October 25 when they host Leicester City in what promises to be an entertaining game.

Legit.ng earlier reported that German midfielder Mesut Ozil has expressed disappointment after being snubbed from Arsenal's Premier League squad for this campaign.

This is coming days after the 31-year-old was excluded from the Gunners team that will campaign in the Europa League.

Despite having one more year on his current deal, the former Real Madrid midfielder might not make any appearance for the North Londoners.