- According to the report, the youths while setting the effigy on fire, accused Azikiwe of being the cause of Nigeria's problems

The peaceful EndSARS protests which have since been hijacked by hoodlums took an ugly turn in Anambra state when some angry youths descended on the statue of a pioneer president of Nigeria, the late Nnamdi Azikiwe.

The statue located at Denis Memorial Grammar School Roundabout, Awka Avenue, Onitsha, was burnt down by the youths.

PM News reports that some of the people at the site of the destruction were heard saying “You put us in this mess by championing one Nigeria” and “You are the cause of our trouble.” 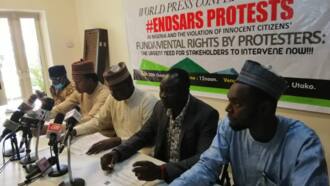 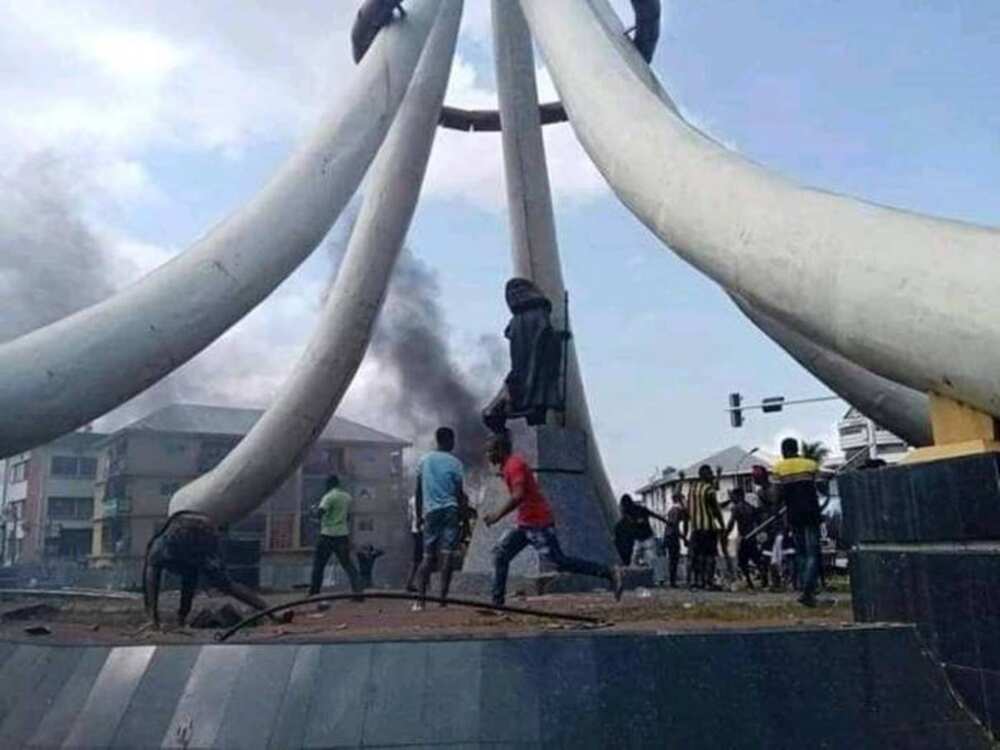 A kinsman of the late Azikiwe who served as president from 1963 and 1966, Victor Ononye, described the mob action as uncalled for and heresy. He said:

“The Right Hon Dr Nnamdi Benjamin Azikiwe, the first President of Federal Republic of Nigeria, must be expressing regrets wherever his spirit is, for attracting independence to Nigeria.” 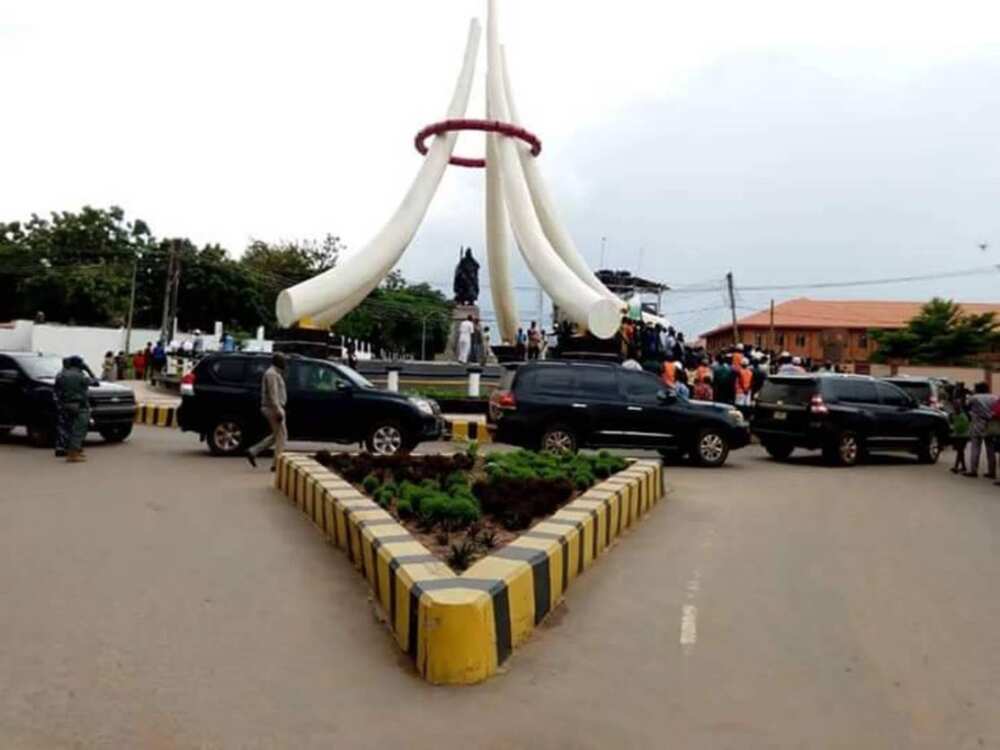 The site of the Azikiwe statue before it was destroyed. Photo Credit: Pulse.ng
Source: UGC

Across the nation, hoodlums have been destroying government and private properties and even looting in the process.

This has forced a number of states to declare curfew in order to restore peace and order.

In Lagos, buildings belonging to the Vehicle Inspection Office (VIO) and the Federal Road Safety Corps (FRSC) were on Wednesday, October 21, set on fire by some thugs in the Ojodu part of the state.

Attack on police stations: The morale of police officers across Lagos has dropped, says Official

Legit.ng earlier reported that the Lagos police command on Friday, October 23, disclosed that 17 police stations were burnt in the state.

In the spirit of proactive leadership, the state governor, Jide Sanwo-Olu, paid a visit to the scenes of destruction across Lagos.

During a press conference in Alausa on Friday, October 23, the governor disclosed that owners of private properties destroyed by the suspected hoodlums will be compensated.