- Chief Chi display the beauty of the body art on her Instagram on Sunday, October 25 to thousands of her followers

A mother's love for a child cannot be quantified, it runs deep than what words could describe. Chioma, Davido's fiancee, has shown that she is not just a mom, but one who would go to any length for her son.

Recall that Chioma and her boo recently took to social media to celebrate their first child together, Ifeanyi, as he marked his first birthday.

The little one clocked one on October 20, to the joy of numerous fans and well-wishers. To mark the occasion, little Ifeanyi appeared to have been inducted into the Benz gang. His mother, Chioma, took to her Instastory to show off her little one’s brand new ride. 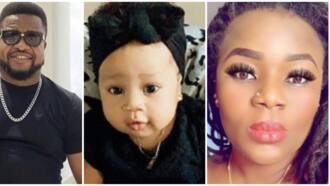 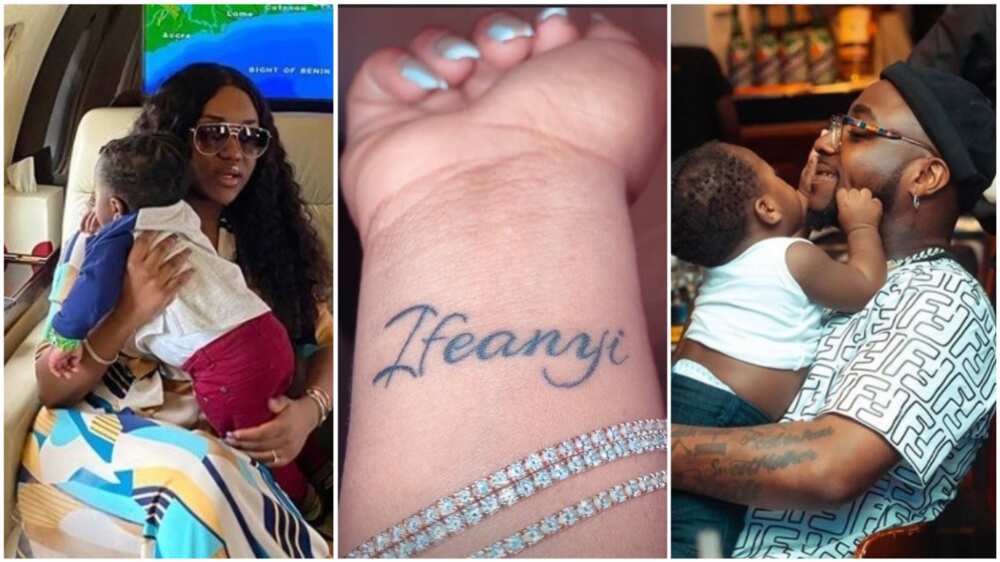 On her Instastory on Sunday, October 26, Chioma showed off the tattoo of her son's name, Ifeanyi, on her hand.

In the short clip, she turned her hand slowly to show the beauty of the name on her fair skin. It was such a beautiful sight.

Meanwhile, Legit.ng earlier reported that a hilarious exchange between a Davido's fan and Peruzzi, an artiste on the DMW record label, has got many talking on Twitter.

On Thursday, October 22, perhaps fed up with the recent developments in the country as hoodlums are carrying out nefarious activities nationwide, a Twitter user @Paul__ib asked the FEM crooner if there is space on his private jet.

Nobody expected where the response to his question would come from. On the same day, Peruzzi quoted the young man's tweet and told him even his babe has not secured a seat on the jet yet.