More intrigues have trailed the reported shootings in the Lekki area of Lagos state after the minister of works and housing, Babatunde Fashola discovered a camera at the Lekki tollgate.

Fashola was reported to have discovered the camera on Sunday, October 25, during an on-the-spot assessment at the tollgate The Cable reported. 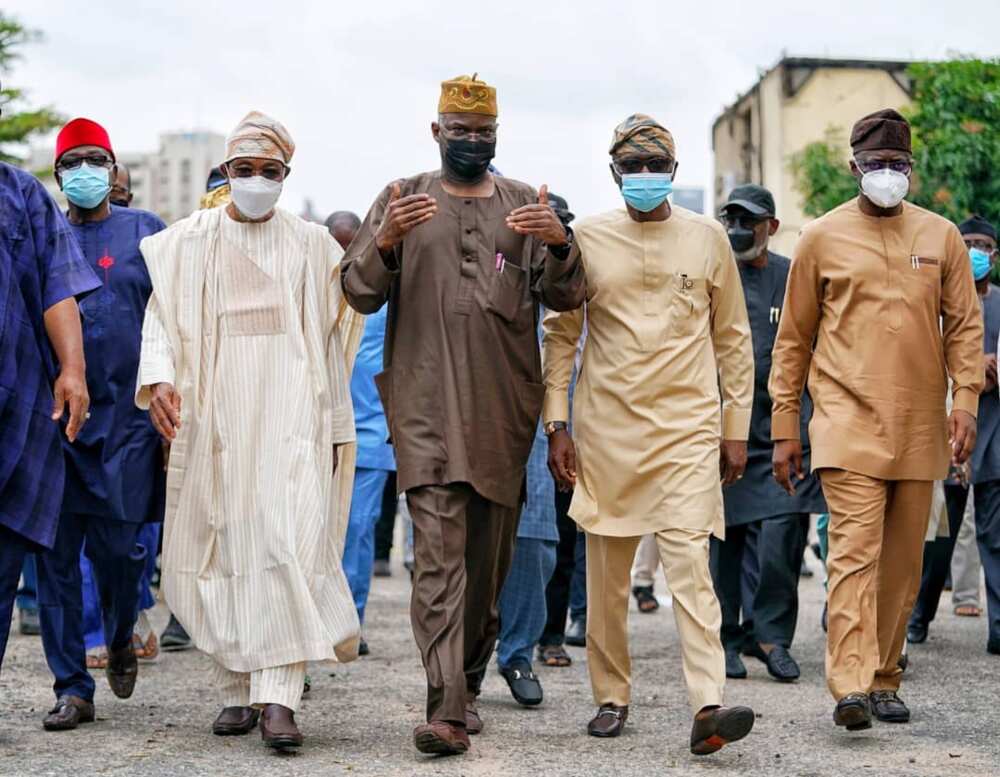 The minister was said to have picked up the device with a handkerchief and handed it over to Governor Babajide Sanwo-Olu for forensic analysis and further investigation.

According to Vanguard newspaper, Fashola said the device must have been placed there by some subversive elements with ulterior motives.

“I think this will help with the ongoing investigations into the shootings at the Lekki tollgate.

“It requires forensic analysis and could be used in the investigations to unravel the mystery surrounding the shootings at the Toll Gate, I believe.”

A video of the incident was shared on Twitter:

Meanwhile, Governors of the southwest states have alleged that widespread violence witnessed in Lagos during the recent protests against police brutality may have been sponsored.

The governors made the statement on Sunday, October 25, shortly after assessing the damage recorded in some parts of Lagos state.

Rotimi Akeredolu, the governor of Ondo who spoke on behalf of the governors, said the violence recorded in Lagos appears to have been coordinated to weaken the economy of the southwest region.

In another report, Bola Tinubu, a leader of the All Progressives Congress has said there is no truth in the claims that he ordered soldiers to repel peaceful protesters from the Lekki tollgate.

The politician in a statement through Twitter on Sunday, October 25, said the claim that he called on soldiers to shoot at the protesters were outright lies.