Paul Pogba is reportedly upset with French President Emmanuel Macron following his comments on Islamist terrorism and the player has called it quits with the national team.

Macron alleged that Islam has been the major source behind international terrorism and according to SunSport, Pogba made a decision to quit international football following the comments by the president.

On October 16, a French teen of Chechen origin nabbed a high school history teacher and brutally killed him in Paris.

And this is not the first incident of violence involving the Charlie Hebdo caricatures of the Prophet of Islam.

The cartoons first appeared in a Danish daily, Jyllands-Posten and Charlie Hebdo reprinted them in 2006, angering Muslims in France and across the world.

It was also gathered that the decision by the government of France to honour a teacher who was in the news for controversially publishing a caricature image of Prophet Muhammad did not also go well with the Manchester United star. 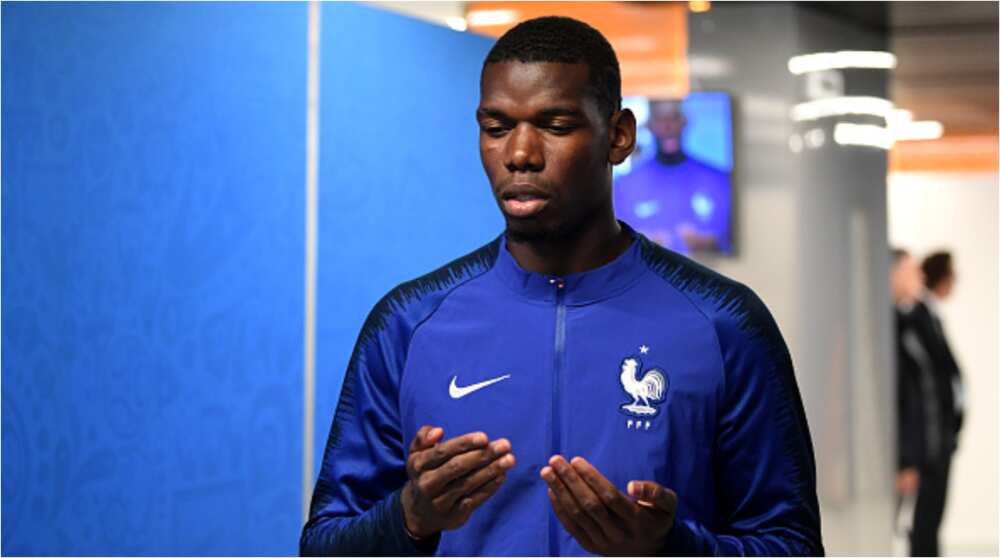 Middle Eastern news sources are reporting that the Pogba’s decision is yet to be made official and neither the player nor the country’s football association have made a comment on the speculation.

Meanwhile, Paul Pogba has not started for Man United line up in the last three matches as he is still recovering to full fitness, according to United manager Ole Gunnar Solskjaer.

The France international was in Solskjaer's first XI in the defeat to Crystal Palace, the win over Brighton and the 6-1 thrashing from Tottenham.

He has come in as a second-half substitute in United's last three matches at Newcastle, Paris Saint-Germain and recently Chelsea at Old Trafford.

The Frenchman’s fitness was hindered after contracting the deadly coronavirus in August, but Solskjaer says the Red Devils' midfielder is still getting better.

However, Legit.ng earlier reported that Manchester United have lost a whooping £70 million in revenue due to the deadly coronavirus outbreak in just three months.

The infection was declared a pandemic earlier with all football activities initially suspended before normalcy returned in June.

Although the Red Devils are not the only team badly hit by the virus, the club's chiefs are heavily lamenting after counting their losses.