- Making its list, the group alleged that the protest was hijacked by politicians, social media influencers and many others

Some Nigerian youths under the aegis of #March4Nigeria Movement have thrown their weight in support of the President Muhammadu Buhari-led administration.

The youth group led by Olusegun Oloruntoba, Ibrahim Musa and Sunday Attah; its chairman, secretary and member respectively said that the president has shown his commitment to a better Nigeria since the outburst by Nigerians against police brutality across the country.

A communique released by the group on Monday, October 26, said that its findings show that the #EndSARS protest which took place in major cities across Nigeria was hijacked by politicians, social media influencers and many others.

The #March4Nigeria Movement said it drew its conclusion from participants who experienced significant violence and destruction during the period of the protest.

Addressing the magnitude of destruction and loss during the protest, the communique said:

"In the aftermath of the Lekki incident, security personnel have been targeted, attacked and killed in addition to the more than N250 billion in damages while the true economic toll is projected to be in the region of N3 trillion."

The group urged the federal government to champion additional measures that could be used to address the hijack of an initially peaceful protest.

The group in the communique urged the #EndSARS protesters to halt the mass action. 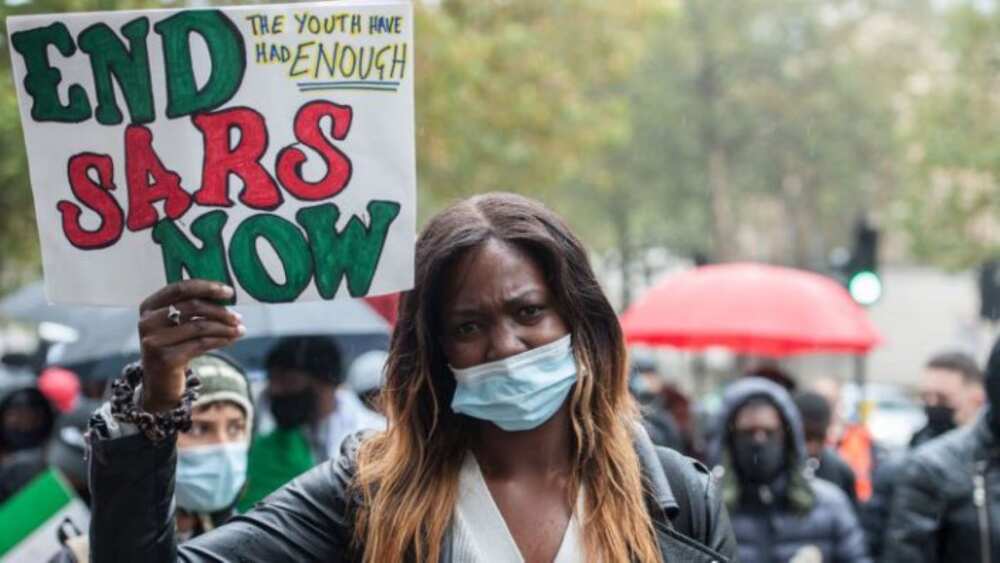 The communique noted that the global outrage was heightened by the deployment of fake news that included sharing of pictures from movies and presenting them as causalities from the protests. Local and international media have fallen for these fake news items, especially on their online and social media platforms, without having the courtesy to apologize and make corrections when they found out that they misled their audiences."

Meanwhile, Legit.ng previously reported that a civil society organisation had called on youths across the country to end the #EndSARS protest in various cities.

The Centre for Africa Liberation and Socio-Economic Rights (CALSER) said it is important for the youths to embrace the generous and kind-heartedness of President Buhari.

CALSER also said that time has come for the protesters who have made their demands known to allow the federal government the opportunity to address the issues raised on police brutality. 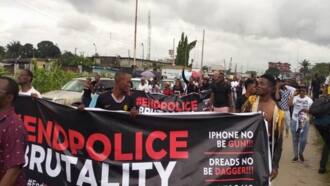 Also, the Delta state governor, Ifeanyi Okowa, has warned against the growing invasion of warehouses by hoodlums across Nigeria in search for covid-19 palliatives.

The governor said warned that hoodlums hiding under the guise of #EndSARS protest to perpetuate criminal activities would face the wrath of the law.