The Nigerian army has deployed troops to cities across the country as part of efforts to restore security after hoodlums hijacked the #EndSARS protests.

In a report by The Nation, Col. Sagir Musa, the acting director of army public relations made this known while speaking on the outcome of the meeting the Chief of Army Staff Lt. Gen. Tukur Buratai had with principal staff officers, General Officers Commanding (GOCs) and field commanders on Monday, October 26.

Musa speaking on the measures to address the ongoing looting of public and private properties by miscreants and criminals across the country noted that the Army High Command decided to deploy troops.

Newspapers review for Tuesday, October 27: General Buratai reveals why soldiers were deployed to cities during protests 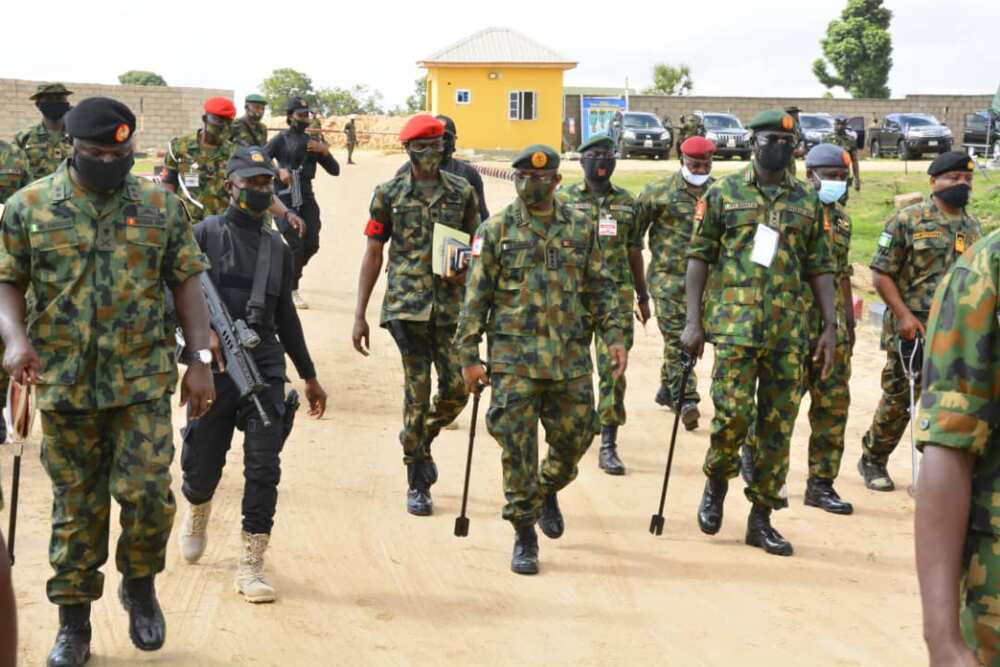 Buratai directed that the troops respond “quickly and decisively” to any attempt by elements to cause a breach of the law and order.

”Any act of arson or attempt to kill or maim any military or security personnel and other law-abiding civilians must be responded to quickly and decisively.”

The acting director of army public relations went on to note that their action will be taken in consultation with the police whose responsibility is for internal security.

The army also gave the assurance that it would remain committed to democratic governance “as the only panacea for development and progress.”

Meanwhile, Legit.ng reported that Buratai has declared that he does not care if a travel ban is issued against him over the recent killings of innocent Nigerians in Lekki.

Some Nigerians had called on the international community to place a visa ban on those responsible for the shooting of peaceful protesters.

The Army boss disclosed this at a conference with army commanders in Abuja on the #EndSARS incident.

Going further, he added that they must remain in the country to make it better, adding that he was already an old man when he first stepped out of the country and does not mind living the rest of his life in Nigeria.