- Vee, on the other hand, said she would like to have his kids a few years from now

BBNaija reality stars, Vee and Neo, have proven that they would continue to wax stronger regardless of the situations or conditions surrounding their relationship.

The two love birds spoke about their love for each other recently and it was beautiful to see. 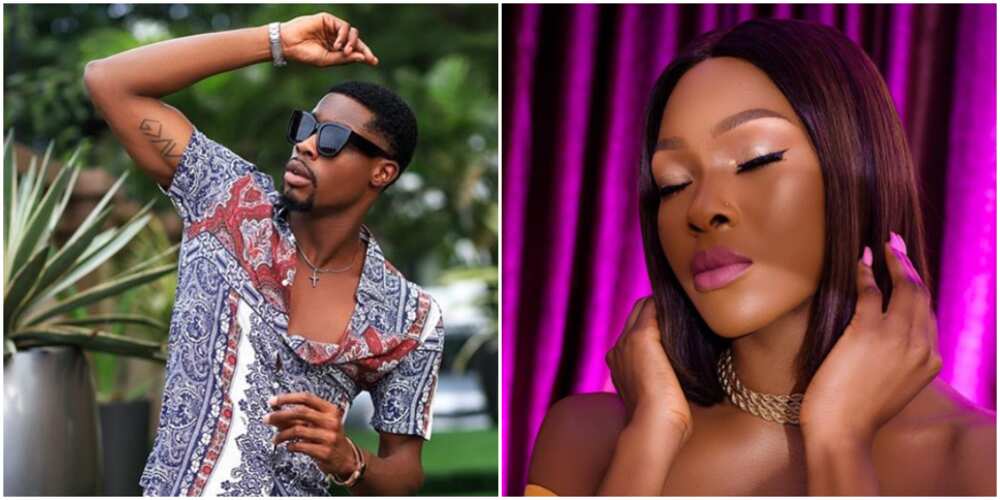 In the clip shared on social media by Mediagist, Vee stated that she would like to have little Yoruba babies for Neo in a few years from now, while Neo also assured her that his feelings would never change and he would always be willing to forgive her.

This definitely warmed the heart of their fans and here’s what some of them had to say:

"Who go love me like the way vee love neo??"

"Wahala for who no dey in love o."

Meanwhile, Legit.ng earlier reported that BBNaija winner Laycon said that he does not joke with Neo and Vee.

The young rapper explained that this was because Neo made him wear his famous lights jacket as he almost did not on their first night in the BBNaija house.

Laycon mentioned that he had removed the jacket but Neo advised him to put it back on and should not be bothered about contrary opinions.

The reality show star also said that it was one of the reasons he did not joke with Neo in the house. He also added that Vee is someone he does not joke with as well.