The 35-year-old for the third time tested positive for the deadly coronavirus disease for the since his first test on October 13.

The Portugal international recorded another positive COVID-19 result on Tuesday after testing positive for the first time on October 13. 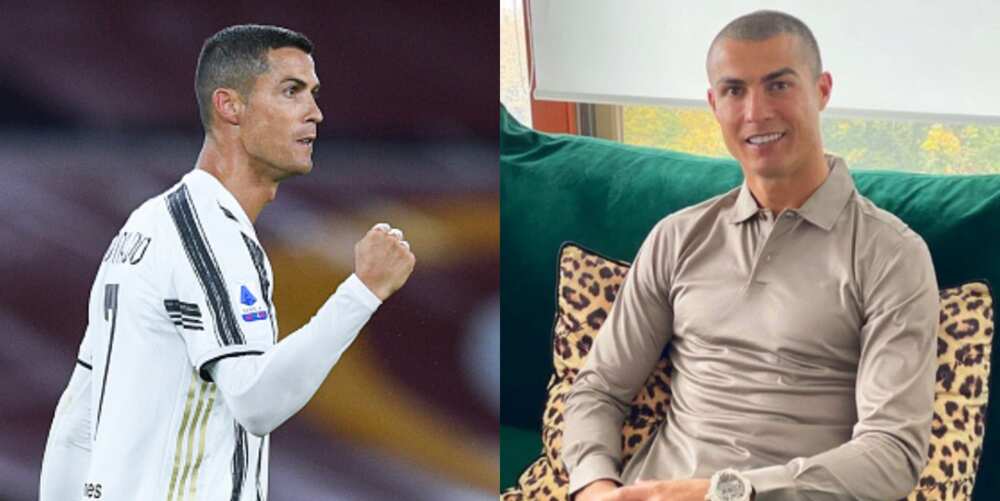 This means Ronaldo will not be available for the crunch match against his fiercest rival Lionel Messi at the Allianz Stadium.

CR7 took to his Instagram handle to reveal that he was 'feeling good and healthy' as he looks set to watch the match from his living room.

Ronaldo has been self-isolating at home since coming out positive after Portugal's international friendly with France two weeks ago.

The tests also came out positive a week later as he hopes of returning to action for the Biaconeri were dashed but the third result on Tuesday, October 27, was also positive.

Juventus have recorded two draws in the Serie A and a win in the Champions League against Dynamo Kyiv following the absence of their Portuguese talisman.

Andrea Pirlo's side came back from a goal down to draw with Verona 1-1 at home as they dropped to fifth on the league standings.

Meanwhile, Legit.ng had earlier reported that Cristiano Ronaldo's lover Georgina Rodriguez is distancing herself from the Juventus striker after her coronavirus test came out negative, The Sun reported.

The 28-year-old and their four children are staying in a different part of their mansion in Turin according to Portuguese newspaper Correio da Manha.

And Ronaldo is hoping the result of a new test will come out negative before Juve's Champions League clash with Barcelona in midweek.