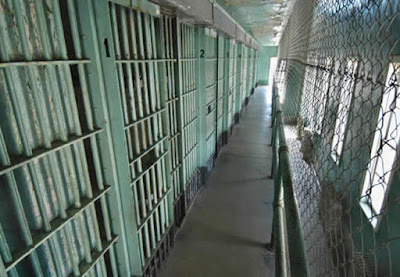 Okoli Agwu, a victim of police brutality, says his teeth were removed by operatives of the special anti-robbery squad (SARS) during the 48 days he spent in their custody.

According to Tribune, Agwu, who is a resident of Okokomaiko, spoke when he appeared before the judicial panel of inquiry and restitution established by the Lagos government to investigate cases of police brutality in the state.

Agwu said he was charged with an offence he knew nothing about, adding that he lost all his properties during the incident.

The victim’s petition with number LASG/JPI/01/2020 detailed how officers simply identified as “Inspector Sunday and ASP Haruna” arrested, detained and tortured him on the orders of his boss who had accused him of fraud.

Agwu said his mother and wife were beaten as he was accused of embezzling the company’s funds after serving as its manager for over four years.

“I worked for a company for four and a half years as a manager. After my resignation, my boss invited me for the authentication of my resignation. When I got there, my boss had me arrested by police officers from Ojo police station,” he was quoted to have said.

“I was later taken to Ikeja police command where I was manhandled and brutalized by Inspector Sunday popularly known as Baba Ijapa and ASP Haruna.

“I was labelled a fraudster and was beaten, severely injured, dehumanized and dragged all around Alaba International Market. I was also taken to my church and disgraced before the congregation for an offence I knew nothing about.

“On the instruction of my boss, I was detained for 48 days and a bucket filled with cement was strapped at my back. I had bruise all over my body and two of my teeth were removed. The officers beat my wife and mother and they threatened to kill me if I did not confess to embezzling my company’s fund.”

Agwu said his land and car were sold while the officers allegedly threatened to kill him.

“The case was taken before Hon Justice Ibrahim Buba of the Federal High Court and he awarded a damage of N10m against the police. But between 2016 and 2020, I have not seen anything. They have not complied with the judgment.

“They sold my land and car. In fact, the person the land was sold to dragged me before a Magistrate Court in Badagry and the Magistrate remanded me in Kpotopiri prison for three days for my inability to meet up with N50,000 fine.

“I want to appeal to this honourable panel to compel the police to honour the judgment of the court and return all my property or pay the damage because I have lost everything that I now live in running errands for people to feed my family.”