Just in: Messi, Dembele on the scoresheet as Barcelona defeat Juventus in epic Champions League showdown

- Juventus vs Barcelona produced a magical performance from the Spanish giants

It was a fight-to-finish on Wednesday night, October 28, as both sides matched each other in almost all departments on the pitch.

Antoine Griezmann hit the woodwork as early as the 2nd minute via a corner kick after captain Lionel Messi found space inside the box but Bonucci got across to make a cracking challenge.

However, Barcelona opened the scoring in the 14th minute thanks to a huge stroke of good fortune as Dembele struck from the corner of the box and it took a huge deflection and looped up over the keeper and in to put his side ahead 1-0. 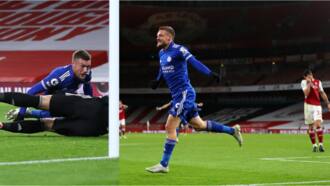 And barely two minutes later, Juventus responded as Alvaro Morata raced in behind, made a pig's ear of the finish but got a second chance and bundled home, but it was ruled out for offside. 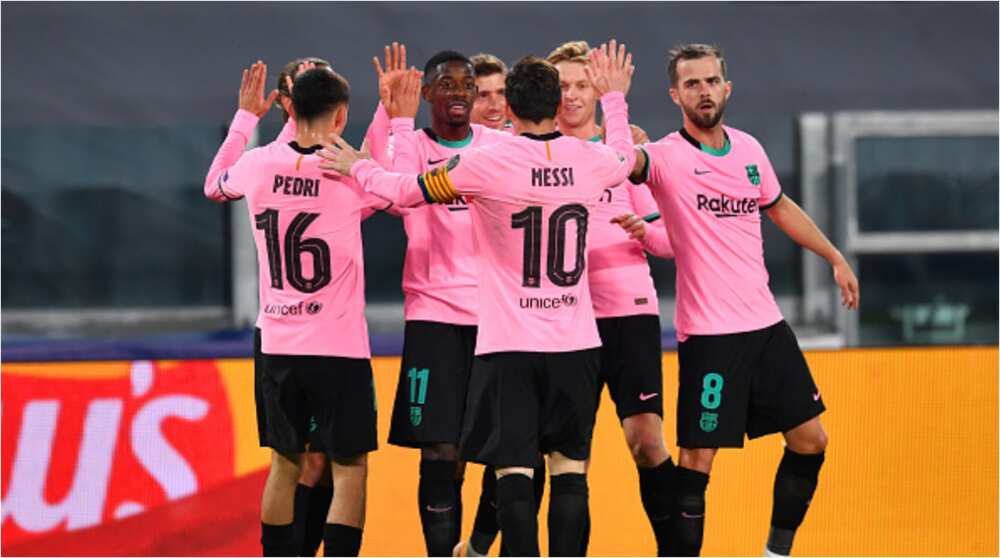 Barcelona missed a golden opportunity to make it two-nil in the 35th minute when Messi broke through and was denied.

Morata found the back of the net a second time in the first half but he was ruled offside yet again as both teams went into the break 1-0 to Barcelona.

In the 63rd minute Griezmann came close when he tried to slot the ball in behind but it broke to Messi and he instinctively curled low towards the bottom corner but it's not got quite enough bend on it.

The situation went from bad to worse for the Old Lady side as Merih Demiral got sent-off after he was shown a second yellow card in the 85th minute. 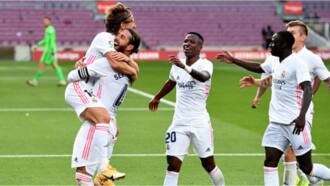 And Ronald Koeman's boys took advantage to pile more pressure on the hosts and then Ansu Fati was brought down in the danger area for a penalty in the 90th minute.

Who else but Lionel Messi stepped up to slot the ball home and that was how it ended. Juventus 0-2 Barcelona.

Meanwhile, Legit.ng earlier reported that Krasnodar vs Chelsea saw the Blues register their first Champions League win of the season as they stunned Krasnodar 4-0 on Wednesday night, October 28, at Krasnodar Stadium.

A goal apiece by Callum Hudson-Odoi, Hakim Ziyech, Pulisic and Timo Werner in either half of the Group H tie were enough to earn the the west London club victory away from home.