- Goals from Hudson-Odoi, Ziyech and Werner secured the win for the Premier League side

Krasnodar vs Chelsea saw the Blues register their first Champions League win of the season as they stunned Krasnodar 4-0 on Wednesday night, October 28, at Krasnodar Stadium.

A goal apiece by Callum Hudson-Odoi, Hakim Ziyech, Pulisic and Timo Werner in either half of the Group H tie were enough to earn the the west London club victory away from home.

Frank Lampard named a strong side in this clash, with Anthony Rudiger making a return to the squad for the first time since the start of the season.

Rudiger had been frozen out of the team under unclear circumstances, with initial reports in the summer suggesting he could exit.

However, the German went on to justify his place in the squad as he helped Frank Lampard's side keep a clean sheet in Russia.

Jorginho had the best chance to give his side the lead from the spot in the 14th minute, but fluffed the opportunity as he rolled the ball against the post.

Callum Hudson-Odoi saved the Italian's blushes in the 37th minute, with the Englishman breaking the deadlock after a wonderful build-up that had Kai Havertz actively involved. 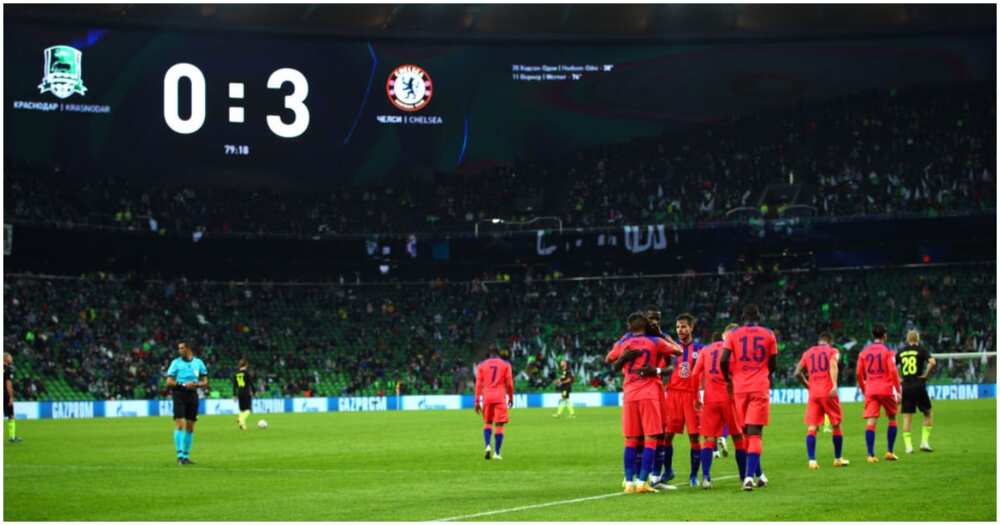 Goals from Hudson-Odoi, Ziyech and Werner secured the win for the Premier League side. Photo by Chris Lee.
Source: Getty Images

Upon the resumption of the second half, the visitors continued from where they left as Mateo Kovacic nearly doubled the advantage three minutes into the half but dragged his shot wide.

Chelsea had to wait until the 76th minute to cement their lead, with Werner making it 2-0 from the penalty spot.

Hakim Ziyech, who was making his first appearance for the Premier League side put the game beyond Krasnodar three minutes later, before Christian Pulisic made it 4-0 at the death.

The comfortable win sent the Blues to top of Group E with four points, having settled for a goalless draw against Sevilla in their opener.

The Premier League giants got tired of Kepa Arrizbalaga's lackluster performances and they had to spend another money to lure Mendy to Stamford Bridge.

Mark Schwarzer who was one of the best goalkeepers during his time in the Premier League explained that Petr Cech was even better in training than Kepa Arrizabalaga and Caballero. 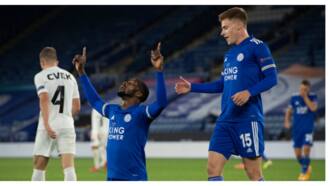 Cech retired from football at the end of last two seasons playing his last game for Arsenal which ended in a defeat against Chelsea in the Europa League.