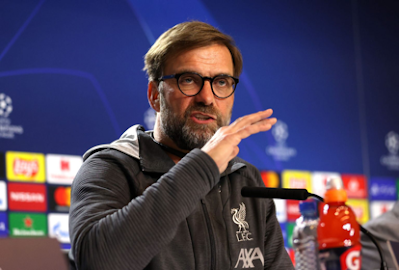 Liverpool boss, Jurgen Klopp, has confirmed that his team will be without Jordan Henderson and Trent Alexander-Arnold when they host Leicester City in the Premier League at Anfield.

Klopp’s men head to the game after playing a 1-1 draw with Manchester City in their last Premier League tie, while Leicester defeated Wolves 1-0.

“We will see, [but] Hendo not and Trent [Alexander-Arnold] not, that’s clear. All the rest we will see,” Klopp told his pre-match press conference on Friday.

“They are in a good way, Ox [Chamberlain] is in a good way. They are all closer, but we will see if it is close enough for the weekend.”

On Mohamed Salah’s fitness, Klopp added: “He is probably back today, that’s all I have heard.

“We’re obviously in close contact with him all of the time and, how it always is in these cases, at the moment when you have a negative test, then the process really starts. He is in a good place, he feels well, no symptoms, so that is all fine.”