- Lagos socialite, Pretty Mike, recently got internet users buzzing after pulling one of his latest stunts

- The club owner made sure to make a grand entrance at Nollywood actor, Williams Uchemba’s wedding

The club owner has always been known to be a sort of character who also appears to love attention.

Mike’s entrances at occasions used to make headlines in the past and it appeared he later took a break. However, the socialite showed many that he still had it in him at Uchemba’s wedding. The club owner was in the company of six heavily pregnant women. Mike claimed that they were all his baby mamas.

See screenshots of them below: 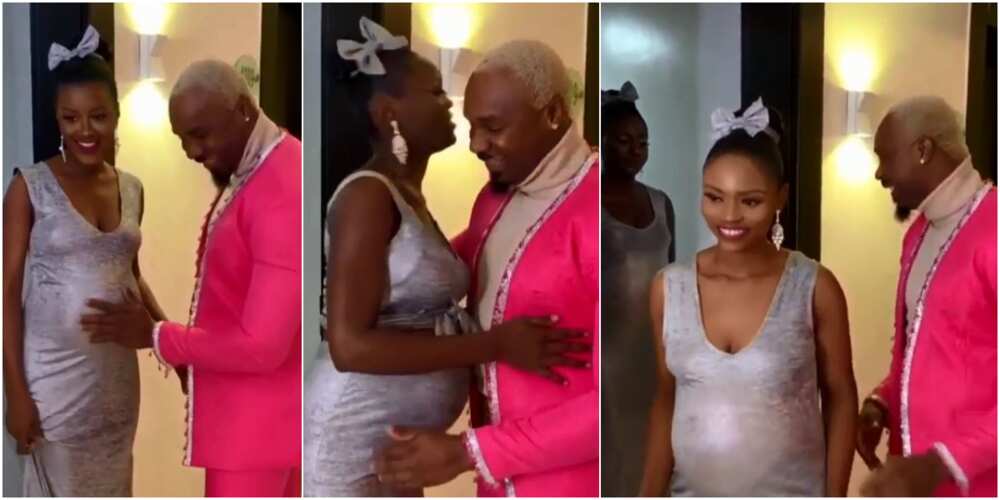 See a photo and videos of Mike with his women below:

The photo and videos no doubt broke the internet with people sharing their hot takes on the situation. Read what some of them had to say below:

This is really funny and disturbing at the same time. I don’t even know what to say.

This is very much cringe worthy.

And the women sew uniform line up. Wahala for person wife that allowed a stranger to rub his hand on their incoming baby for a script & a token. I find this distasteful. Tueh!

In other related news, Legit.ng reported that billionaire businessman, Emeka Okonkwo aka E-Money, made his own presence felt at Williams Uchemba's wedding with his display of wealth.

Soon after arriving at the occasion, money flew in the air as the couple danced with the businessman.