US, UK, Canada, South Africa — here are 40 countries experiencing a recession in 2020 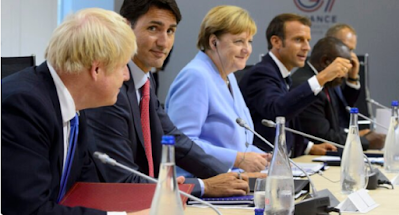 If the world were to play a game, and the convener of the game says “raise up your hand if your country has been in a recession in 2020,” more than half of the hands in the world will be up.

The other half with their hands down will be led by China — a country with nearly 20 percent of the world’s population. Of the top 10 most populous countries, only Bangladesh and China are likely to avoid a recession in 2020.

The Bill and Melinda Gates Foundation captured it well when it said in its 2020 Goalkeepers report that “the COVID-19 financial loss is twice as great as the ‘Great Recession’ of 2008. The last time these many countries were in recession at once was in 1870, literally two lifetimes ago”.

When this report was released in September, 2020, Nigeria was yet to officially enter into a recession, but the signs were there, and very clear that the rest of the world already projected one. On Saturday, the National Bureau of Statistics (NBS) officially announced the GDP numbers.

According to S&P, of the 34 economies in the world with a GDP of more than $200 billion, only three of them did not report a recession — China, Chile, and Sweden. Chile and Sweden were on the brink of recession, but China has been growing — despite the pandemic.

Chile has a history of staving off recessions; it was one of the countries that beat the 2008 global economic crisis, expanding by over 3 percent. But the country’s central bank has said it will go into a recession in 2020.

Many other countries are said to be experiencing a recession — but cannot have not yet called one because the data has not been completely collated.