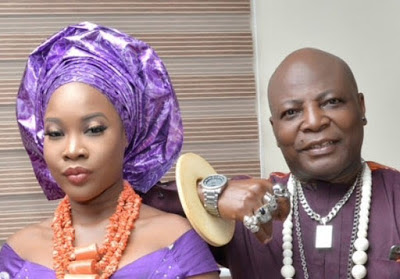 Charles Oputa, Nigerian singer and activist better known as Charly Boy, has apologised to Dewy, his last daughter, following their recent face-off on social media over her sexuality.

The 70-year-old singer had taken to his social media last Friday to narrate how he managed to grapple with the news of Dewy becoming a lesbian in 2016.

In a swift reaction, Dewy had branded Charly Boy a hypocrite while also accusing him of using her sexuality to “chase clout and attention from strangers”.

On Monday, the Afrobeat singer pleaded with his daughter to forgive him, explaining that he was only trying to pass a lesson across to other parents.

“I know the last few days may have been tough for you flowing from my Friday post ‘For Parents Only’ on my Instagram,” he wrote in a lengthy post.

“I apologize if my post rubbed you the wrong way, for this I am deeply sorry, my bad. Forgive me. But Honestly, I was talking to parents trying to get them to understand that they-can only give good advice or put their children on the right paths, but the final forming of a person’s character lies in their own hands.

“I came into parenting the way most of us did — knowing nothing but trying to learn everything, because, who no go no fit know. The journey of parenthood is an emotional roller-coaster, filled with happiness, sadness, worries, frustration, pride, excitement and much more. Parenting is an amazing adventure.”

He, however, played down the controversy generated by his daughter’s post, adding that Dewy’s outburst should not be considered an insult as he also did the same to his father.

The singer also claimed that the development had inspired other parents and young people going through similar situations in their families.

“Since Saturday morning I have received thousands of phone calls from parents and young people who feel disconnected with their parents. Their testimony has been quite insightful. I was only able to offer a listening ear and soothing words, but I feel taller because our story inspired thousands. That’s a good thing,” he added.

He went on to enjoin Dewy to overlook the drama between them and reignite the bond they once shared in the past.