Nigerians on social media have been taken by surprise and top singers, Waje and Ric Hassani are responsible for making many people talk.

Just recently, Waje took to her official page on Instagram with a heart-melting photo in which she was captured alongside the male singer.

The two were intimately captured with Hassani’s head resting on Waje’s laps and the R&B singer playfully touching his nose.

As if that was not enough, Waje’s caption sparked even more curiosity among members of the internet community. Check out the beautiful picture below: 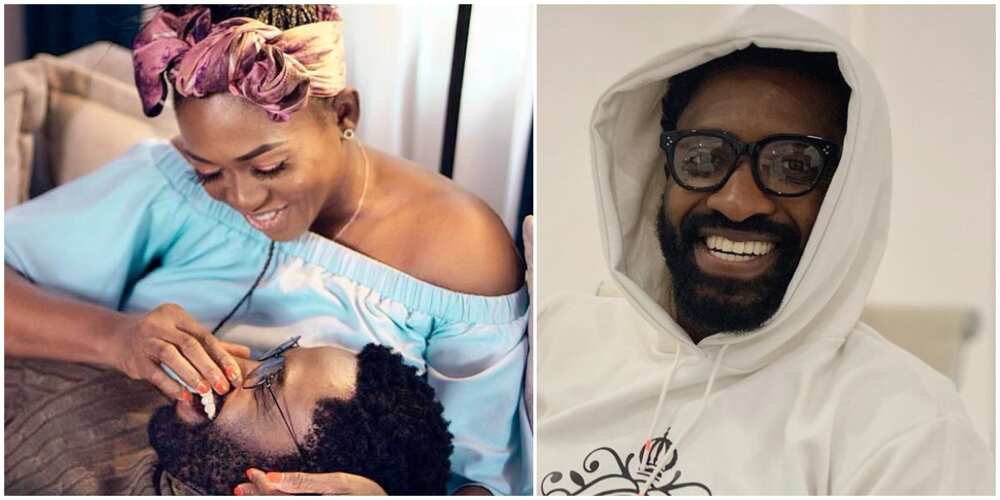 Shortly after sharing the image, mutual celebrity friends of the two were spotted in the comment section with congratulatory messages.

The messages also suggest that the two might actually be getting married or have only made their relationship status public.

Read some of the comments sighted from Funke Akindele-Bello, Bez Idakula, Kaylah Oniwo among others below:

"Finally! It’s been hard keeping this a secret!!! Love you guys!!"

"God when? Matching Pajamas Christmas passed me by... now it’s full love blowing into Valentine . Congrats my darling @officialwaje so happy for you guys❤️❤️❤️."

Ikorodu Bois recreate US TV host, Steve Harvey's video to celebrate him on his birthday

"Heyy Jisox! Can I dance with my fowl to the altar?"

Waje responded to her comment with a laughter emoticon. However, a visit to Ric’s page shows that he has not posted the picture.

Some months ago Legit.ng reported that Waje opened up on to her Twitter fans about her life, in a Q&A session.

Amongst the numerous questions answered, the talented singer stated that she can marry a man 10 times younger than herself. Waje also spoke about her friendship with Omawumi and opened up on her most embarrassing moment.