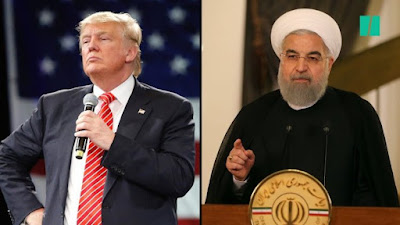 Speaking at a televised cabinet meeting Wednesday, Rouhani called on Joe Biden to return to the 2015 nuclear deal and lift sanctions imposed on Tehran by Donald Trump’s administration.

“If Washington returns to Iran’s 2015 nuclear deal, we will also fully respect our commitments under the pact,” he said, adding in reference to Trump that “a tyrant’s era came to an end and today is the final day of his ominous reign.”

During Trump’s reign, Iran and the US almost went to war after the US assassinated Iranian general Qasem Soleimani last January.

With Biden who was a member of the Obama administration which negotiated the original deal entering office Thursday, hopes are high for rapprochement.

At the televised meeting, Rouhani castigated Trump, saying his four years in office “bore no fruit other than injustice and corruption causing problems for his own people and the world.”

Iran refuses nuclear talks with US before sanctions lifted 0

Man arraigned for allegedly stabbing another 0

The agrarian community of Akunu-Akoko in Akoko South West Local Government Area of Ondo State was over the weekend held in the jugular by kidnappers.The

Prof. Kingsley Moghalu, a former presidential candidate in the 2019 general elections, has advised youths in Nigeria country to join politics.Moghalu said he stands in