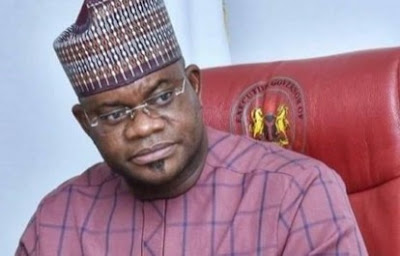 The lawmakers led by the Speaker, Hon. Mathew Kolawole during a visit to the Niger State Assembly said for fairness and justice, the North Central zone ought to produce the next president of Nigeria.

He stated, “for fairness and justice to the North Central geo-political zone of the country since the current democratic dispensation in Nigeria from 1999 to date, the zone has not been able to have a shot at the presidency. We feel it’s the turn of the zone this time.”

According to him, having already endorsed governor Yahaya Bello for the 2023 presidential election, ” we have agreed to consult all the states assemblies in the country for their support.”

“Our governor has already agreed to contest. He will surely make Nigerians proud considering his youthful age, energetic, focused, ambitious, doggedness, confidence, stability and exemplary leadership style to impact positively on the lives of ordinary Nigerians”

“The South West, South-South, North West and North East have had their terms remaining North Central and South East out of the 6 geo- political zones of Nigeria and felt it’s Kogi’s time from the zone.”

The Kogi speaker listed some of the achievements of the governor to areas of security and curbing of bandits and other criminalities, health, peaceful co-existence irrespective of tribe or religion among others.

Bawa said, “I have adopted the affirmation of Governor Yahaya Bello of Kogi state project for 2023 by my colleagues, it’s a worthy project for the North Central States and Nigeria as a whole, I assure you of our support but there is the need for North Central to harmonize its position to ensure the success of the project for benefit of the country.”