Chelsea manager Frank Lampard lashed out at journalists for using ‘confirmation bias’ in a bid to spark up negation reactions among the fans during his press conference.

The Blues legend is under immense pressure at Stamford Bridge after a poor run of results in the Premier League.

They are currently eighth on the log with 29 points from 19 league games - 11 points behind Manchester United wgo are at the summit of the table. 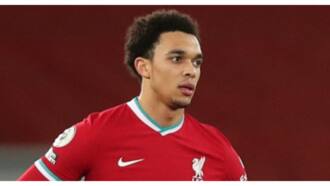 With his side losing five of their last eight EPL games, the future looks very bleak for the 42-year-old former Derby County boss. Frank Lampard and his boys return to training ahead of their FA Cup fourth round game vs Luton Town at Stamford Bridge. Photo by Darren Walsh/Chelsea FC
Source: Getty Images

While addressing the media, Lampard was asked how vital Petr Cech’s presence is around a squad that looks short of confidence as reported by Daily Mail.

Before answering the question, the coach took exception to the question and some of the press coverage in recent weeks. He said:

"To be fair, I think their confidence would be shot if they were to read some of the pieces you write at the minute.

"I read some of them and some of the confirmation bias you always reflect on games with, it's almost like a social media pundit to try and get a reaction in a negative way. I read the pieces when we were doing well as well and they didn't go both ways.

"So for a journalist to be objective would be a big start. Because if the players do read it, I’d feel like that." 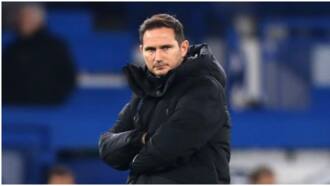 Lampard admitted that he is seriously unhappy wuth his side's situation following their struggles in the English topflight especially towards the end of last year.

"The pressure is fine. You’re obviously more happy when you’re winning games. I was more happy in November, October than I’ve been in mid-December onwards but it comes with the territory."

Lampard has enjoyed the support of his club's fans in spite of the pressure that comes with the job after flying a banner that reads 'In Frank we trust. Then. Now. Forever at the Brudge.

The Blues have failed to replicate their form from the opening weeks of the season, with their campaign taking a nosedive since Boxing Day.

The west London side failed to build on their previous two wins to suffer a 2-0 defeat in the hands of high-flying Leicester City on Tuesday night, January 19.

Just in: Chelsea board makes huge decision over Frank Lampard after 2-0 loss to Leicester City