Orlu: Why we invited soldiers to arrest some church leaders, Governor Uzodinma speaks

- According to the governor, IPOB, a proscribed group led by fugitive Nnamdi Kanu, is perpetrating atrocities using white garments

Imo state government has finally lifted the lids on the arrest of some church leaders following a military invasion of Orlu community by the Nigerian Army operatives.

In a statement on Sunday, February 21, the Imo state commissioner for justice, Barr Cyprain Akaolisa, said some religious leaders of Cherubim and Seraphim and Sabbath Missions were arrested for helping proscribed group Indigenous People of Biafra (IPOB).

Akaolisa further explained that the members of the Nnamdi Kanu-led group were perpetrating crimes in Orlu using the white garment churches as cover for their activities. 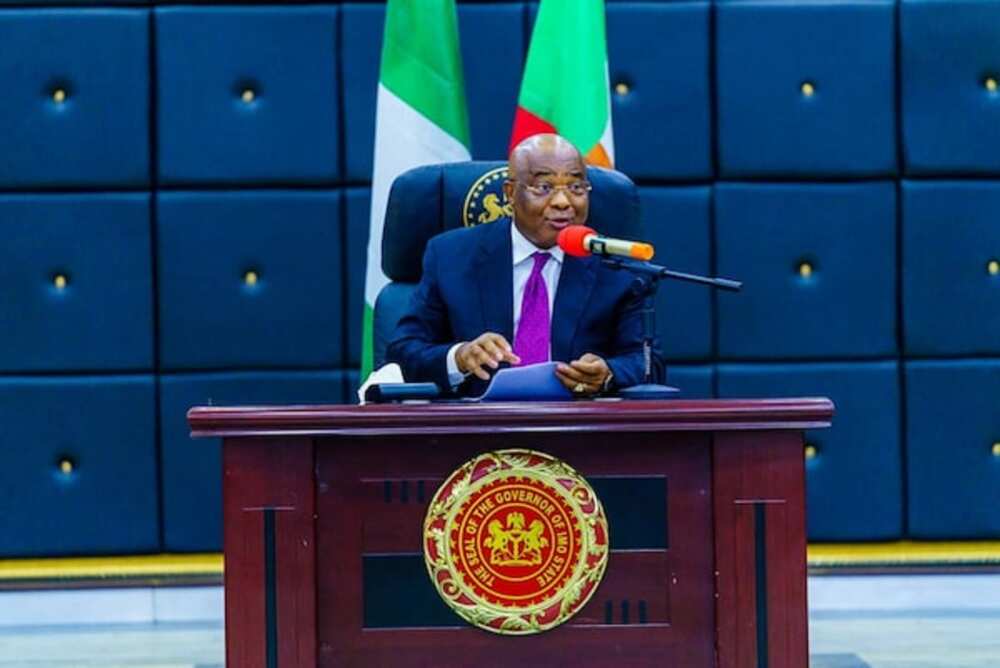 It would be recalled that soldiers were seen in Orlu on Thursday, February 18, with military choppers flying in what created a scene of fear and pandemonium.

Residents said the army bombed some places, resulting in the death of innocent citizens of the community.

Some people including clerics have since been arrested on the order of the Imo state government.

Akaolisa, who is also the attorney general of Imo state, said over 30 clerics were arrested by security forces battling IPOB members in Orlu.

According to him, the arrested cleric harboured hoodlums against whom the military operation in Orlu was initiated, The Nation reports.

"If you investigate the activities of some of these churches, you will understand that over time, hoodlums establish and use such churches as front for their nefarious activities.

“We have records that armed robbers have been hanging out as pastors; in the night they will go for their operations but in the day they wear their garments and use such white garment churches.”

Earlier, Legit.ng reported that Governor Hope Uzodimma of Imo lifted the lids on the presence of operatives of the Nigerian Army in Orlu community of the state.

During a press briefing on Friday, February 19, the governor said he invited soldiers to Imo state to restore normalcy and set the affected community on the path of peace again.

Uzodinma said the government will no longer tolerate the activities of the Nnamdi Kanu-led proscribed group.