Selma: African American woman who designed Roosevelt image on US coin without recognition

- An artist, the woman won competitions and made some outstanding works, one of which was the iconic Roosevelt image on the US dime

- Despite earlier overlook, the artist was later recognised for the significant piece of art

Born on December 31, 1900, Selma Burke, the seventh of many children showed a great skill that tended towards the art as a child.

With very poor parents, Selma and her siblings had to get an education from a poor segregated school. At her leisure time and no luxury of toys, she always made objects from clays, Face2Face Africa reports.

At that time, her father and mother were very concerned about her future, wondering how the art would sustain her whenever she goes independent. 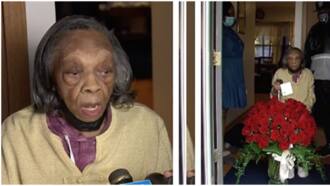 Selma’s only support came from her grandmother, a painter. With excellent results in school, her parents advised her towards ‘sellable’ professions like nursing. 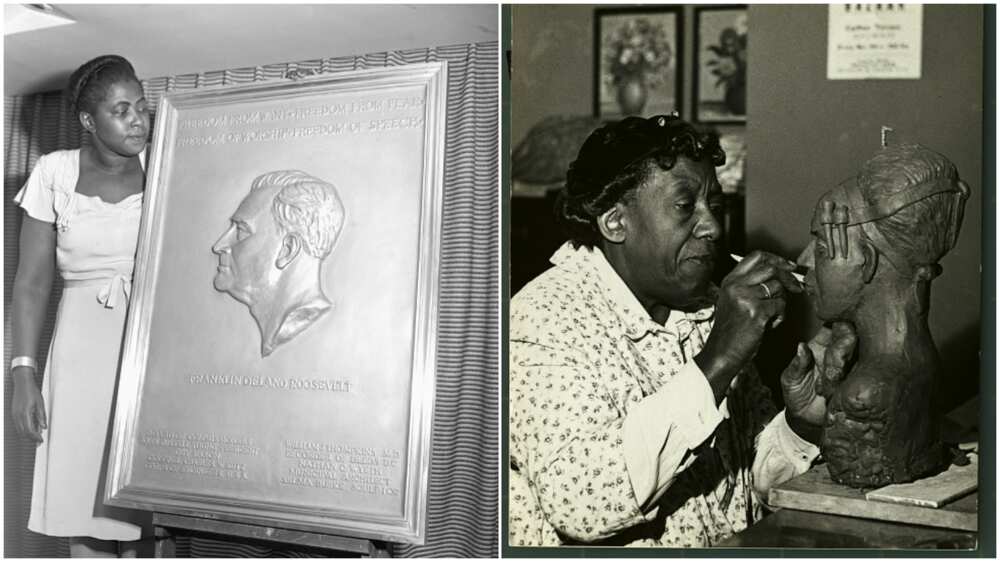 Many years later at Winston Selma University, her meeting with William Arial, a white man, changed her life as he became her close tutor.

In 1943, Selma won a fine arts competition with her portrait of former US President Franklin Roosevelt.

That single victory gave her an invitation to the White House to produce more sketches. There, among other things, she produced a plaque of the former president.

Though she has been celebrated for many amazing works, Face2Face Africa said she was not given credit for the plaque because of the racism at the time.

In 1945, American engraver John R made a Roosevelt dime with the image that bore a striking similarity to the one Selma earlier created.

The man added his initials without acknowledging the creator of the image. The same media reports that in recent times, the Record Administration of the Roosevelt Library in New York credited Selma for the portrait.

Who is Lucy Essien? The exciting biography of the BBNaija contestant

It should be noted the black artist caved in to her parents’ pressure and studied nursing as she graduated from St Agnes School of Nursing. Selma lived a full life and died at 94.

Meanwhile, Legit.ng earlier reported that a Nigerian man, Babatunde Olatunji, was a professional drummer who stood firmly against racial segregation in the United States of America.

Babatunde was born in 1927 in Lagos. In 1950, he was awarded a scholarship to Morehouse College in Atlanta. Later in life, he became a successful drummer with 17 studio albums under his belt.

Joseph Omotayo writes for the human interest desk at Legit.ng. He graduated from Obafemi Awolowo University with a degree in Literature in English. He loves basketball and books. He tweets @omotayome.