- Aliko Dangote hints he will buy Arsenal this year

Nigerian billionaire businessman Aliko Dangote has suggested that he might be making a move to buy Premier League outfit Arsenal.

The 63-year-old was initially linked with a move to buy out Lady Nina Bracewell-Smith's 15.9% shares in 2011 but he later abandoned the deal in a bid to focus on his refinery project in Lagos.

With the project nearing completion, the Kano-born business mogul might be ready for the takeover from Stan Kroenke at the Emirates Stadium. 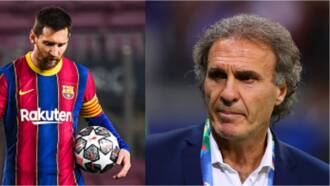 The American businessman is the owner of the club and he also owns the LA Rams American Football team. However, the 73-year-old has been heavily criticised for not putting money into the club. Although recently splashed £45 million to sign Thomas Partey from Atletico Madrid as reported by .

"It is a team that yes I would like to buy someday, but what I keep saying is we have $20billion worth of projects and that's what I really want to concentrate on.

"I'm trying to finish building the company and then after we finish, maybe sometime in 2021 we can.

The publication further revealed that Dangote is worth $11.5 billion according to the Rich List and this is expected to help him buy Kroenke out. 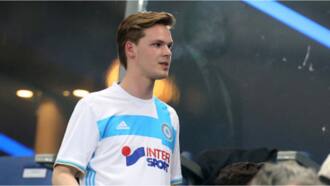 That is because, according to KPMG in 2020, who measures clubs' enterprise value, which is a measure of a company's total value - a popular metric used to value a company for a potential takeover - stands at £2.073billion or around £1.571billion at the time.

That figure had fallen 8% from the previous year. So now could be a good time to buy.

The Blues were held to a 1-1 draw at the Saints on Saturday, February 21, to miss a chance to solidify their place in fourth on the standings.

The Thomas Tuchel-tutored side fell to a Takumi Minamino goal in the 33rd minute of the clash and had to rely on a Mason Mount penalty in the second half to secure a point at St Mary's.