- A number of them have other side hustles that keep them busy when they are not acting, singing or doing other things

- Legit.ng has compiled a list of top celebrities and their side hustles

Like regular citizens who are constantly looking for ways to diversify their streams of income, Nigerian celebrities are not taking a back step as well.

Even though their passion has somehow become a way of earning an income, many of them are not resting their oars.

Think of some of the thriving businesses in the country and one will be surprised to find out that celebrities are either on the board or are part owners. 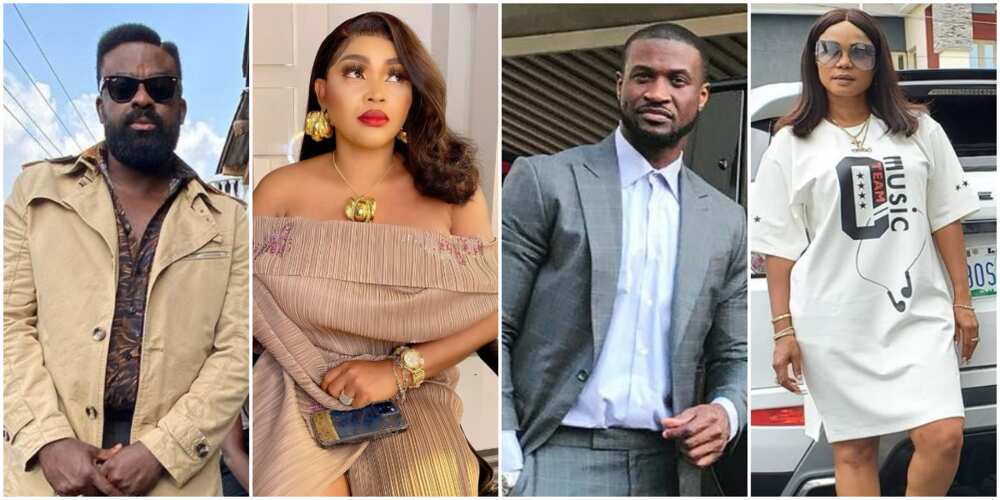 Celebrities and side hustles that fetch them cool cash. Photo: @realmercyaigbe/@kunleafo/@iyaboojofespris/@peterpsquare
Source: Instagram

Legit.ng has compiled a list of top entertainers who have other lucrative sides gigs that keeps them busy and rich when they are not singing, dancing, acting or cracking jokes.

Check them out below:

The mother of two is definitely a business-savvy woman when she's not on a movie set. Iyabo has a nightclub, a local eatery, a skincare line and a boutique.

When the entertainer is not cracking jokes on stage, you will find her teasing customers with her locally made recipes.

The celebrated actor and filmmaker owns a film-equipment rental company.

When he is not acting, the actor is mostly telling fans and followers about new arrivals at his automobile dealership.

I am the complete package: BBNaija's Erica hypes self as she shares beautiful new video

The music star is listed on the board of his father's power generating company.

The popular skit-maker has a popular fast-food company that deals in finger foods for events.

The TV host is the co-founder of a popular hair salon in Lagos Island.

The reality star owns an online store that deals in the sales of electronic gadgets among other things. She also owns a dispatch company.

The music star owns a popular street-style restaurant that deals in suya, shawarma and other fast-food recipes. 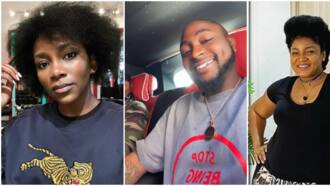 8 Nigerian celebrities who have been featured in international movies

The movie star owns a popular spa in Lagos Island. She also has a skincare line and an online clothing store.