- This was revealed by the NDLEA on Thursday, February 25

The National Drug Law Enforcement Agency (NDLEA) on Thursday, February 25, made a very shocking revelation as to what bandits and criminals now demand as ransom after abducting victims.

Speaking at the inauguration of a special-purpose committee of the NDLEA, the chairman of the agency, Mohammed Buba Marwa, disclosed that from reliable findings, the criminals actually ask for hards substances and illegal drugs in exchange for their captives, The Cable reports. 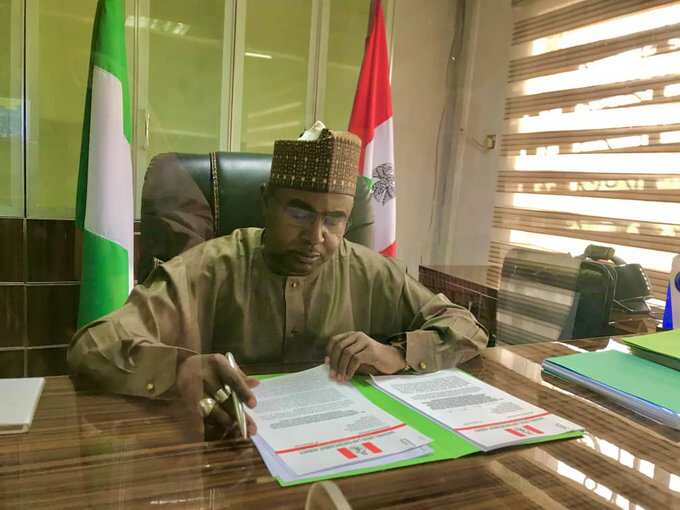 A statement by the NDLEA, director of media and publicity, Femi Babfemi quotes Marwa as saying:

“Use of drugs in Nigeria today is at an epidemic proportion of approximately 15 million, nearly three times global prevalence. No wonder, so much criminality everywhere in our land and it is increasing instead of abating with such symptoms as kidnapping, insurgency, banditry, rape, and assassinations.”

Governors Forum: The ultimate agenda of bandits is to destroy Nigeria

“Behind it all is drug use. Criminals now ask for ransom in drugs and unless we get to this root cause, we will only be scratching the surface, as the criminalities will continue to flourish."

Meanwhile, the federal government had said that it would not pay ransom to secure the release of the abducted students and members of staff of Government Science College, Kagara.

According to the minister of information and culture, Lai Mohammed, the government would employ different methods to seek the release of the students.

The minister also insisted that no ransom was paid for the release of the abducted Kankara schoolboys in Katsina state and the Dapchi schoolgirls in Yobe state.

“We employ kinetic and non-kinetic (measures), you don’t throwaway invitation to engage but the overall strategy you keep to your chest.”

Why we're negotiating with bandits - Northern governor discloses, says "it's not a failure"

“Bandits all over the world work with the psychology of people. Deliberately, they target women and children because this is what will attract a lot of global outcries. That is exactly what bandits do all over the world."

Onyirioha Nnamdi is a graduate of Literature and English Language at the University of Lagos. He is a Politics/Current Affairs Editor who writes on news and political topics for Legit.ng. He brings into his reporting a wealth of experience in creative and analytical writing. Nnamdi has a major interest in local and global politics.