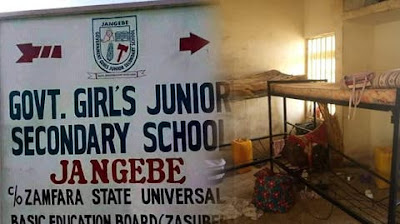 The Pentecostal Fellowship of Nigeria on Saturday called on Christians to intensify prayers for the freedom of the abducted Zamfara schoolgirls.

The PFN President, Dr Felix Omobude, in a statement by the fellowship’s spokesperson, Simbo Olorunfemi, said the spate of abductions of schoolchildren was worrisome.

Omobude said, “We are disturbed that this incident is coming on the heels of the abduction in Kankara, Katsina State, and Kagara, Niger State. The PFN empathises with the students, their families, the government and the people of Zamfara State.

“We urge all Christians to pray fervently for the release of the students and for an improvement in the security situation of the country.

“We call on the government to intensify efforts at strengthening the level of security all over the country, with a worrisome upsurge in all sorts of criminal activities, with bandits, kidnappers and terrorists running riot.”

Bandits on Friday morning kidnapped over 300 schoolgirls at Jangebe.

The girls were believed to have been taken to a forest by the gunmen, who abducted the schoolgirls by reportedly disguising as security personnel.

The incident is the latest mass kidnapping for ransom by armed gangs in the North in recent weeks.

A week earlier, bandits had kidnapped dozens of pupils and workers of Government Science College in Kagara, Niger State.

The abductees were released on Saturday.