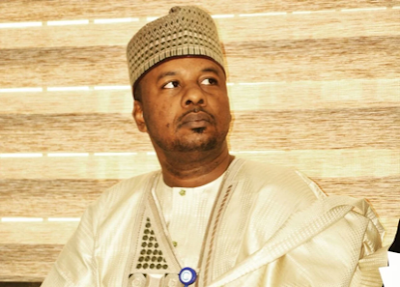 The Department of State Services (DSS) has confirmed the arrest of Salihu Tanko-Yakasai, a former aide of Governor Abdullahi Ganduje of Kano State.

There have been concerns over his whereabouts since his criticism of the government of President Muhammadu Buhari.

His father had earlier dismissed the reports that his son was missing, saying it was security operatives who took him away.

In a statement on Saturday evening, Peter Afunanya, DSS spokesman, said the former aide of Kano governor is under investigation.

“This is to confirm that Salihu Tanko-Yakasai is with the Department of State Services. He is being investigated over issues beyond the expression of opinions in the social media as wrongly alleged by sections of the public,” the statement read.

There have been different reactions to the arrest of Yakasai.

The opposition Peoples Democratic Party (PDP) had described it as “completely unacceptable”.

Amnesty International, The Socio Economic Rights and Accountability Project (SERAP), are among the organisations that have demanded the immediate release of Yakasai.

His ordeal began after he tweeted that the All Progressives Congress (APC) government at all levels have failed in their responsibility to protect lives.

He was reacting to the abduction of over 300 schoolgirls in Zamfara State.