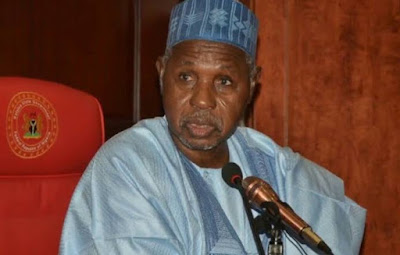 Katsina State on Sunday directed the reopening of boarding schools in the state from Tuesday, March 2, 2021.

The state Commissioner for Education, Badamosi Charanchi, gave the directive shortly after he met top officials in his ministry, including the Permanent Secretaries and the 12 zonal inspectors of education, among others.

The commissioner clarified that boarding students in the four command schools in the state are to resume fully on Tuesday.

He added that male students in the remaining boarding schools should report at any nearest secondary school to their places of abode to continue their studies while their female counterparts should await further instruction from the government.

“All girls boarding secondary schools should hold on a little until the security situation improves,” he added.

Lawal said, “We want to see that schools reopen and the students back in classes to recover the lost grounds in the school curriculum. At the same time, we are not toying with their safety and we have the assurances of the support and cooperation of security operatives in this regard.

“We also seek for the prayers of our emirs, religious leaders, and other stakeholders to make Katsina safe.”

It was gathered that day schools in the state resumed academic activities last January from a forced vacation following the December 11 abduction of 344 students of Government Science Secondary school, Kankara by bandits.

Although the abducted students regained their freedom after six days in captivity, the state government directed all schools in the state to proceed on indefinite holidays.

The state government later directed the reopening of day schools and directed that each school established an eleven-member security committee for the safety of the students.

Katsina police commissioner, Sanusi Buba, also confirmed that the security committee would be made up of mainly security operatives, including mobile policemen.