Liverpool returned to winning ways in the Premier League for the first time since January 31 following their 2-0 win over Sheffield United at Bramall Lane.

Though they won their Champions League rounds of 16 first-leg clash against RB Leipzig on February 16, they had lost all four of their EPL meetings in the month under review.

However, two second-half goals from Curtis Jones and Kean Bryan (own goal) powered the Reds to their only English topflight win this month. 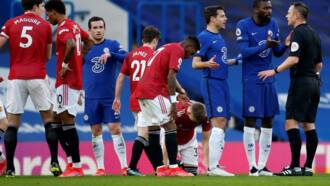 Both teams made attempts but failed to find the back of the net in the opening half but just three minutes into the second half, the visitors broke the deadlock through the 20-year-old midfielder. 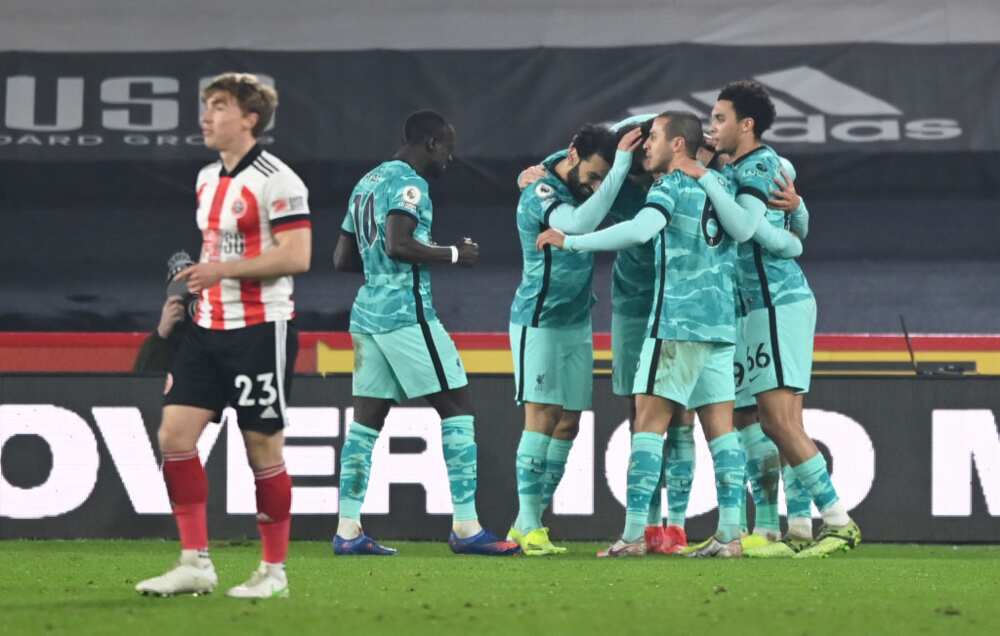 Liverpool stars celebrate one of their goals against Sheffield United at Bramall Lane on February 28. Photo by Shaun Botterill
Source: Getty Images

Jurgen Klopp's men continued to mount pressure on their hosts that their efforts paid off as Bryan scored into his own net and seal the victory for the Merseyside outfit.

Meanwhile, the defending champions are sixth on the log with 43 points - 19 points behind the league leaders Manchester City.

Although Klopp may have given up on the Premier League chase, he will not give up on chasing other silverware available to grab this season.

The former Borussia Dortmund boss is currently going through difficult times at Anfield with key members of his squad out injured, while he and Alisson Becker lost their loved ones.

Liverpool will however hope they can maintain their winning status when they welcome Chelsea for their EPL fixture on Thursday, March 4. 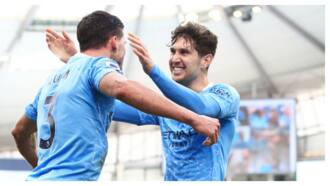 Legit.ng earlier reported that Thomas Tuchel remains unbeaten in all competitions after Chelsea and Manchester United shared the spoils after the regulation at Stamford Bridge.

The outcome further means that the Red Devils were unable to close the gap on their city rivals Manchester City who have one match in hand.

Ole Gunnar Solskjaer's men were presented with a chance to be awarded a penalty in the 14th minute after Callum Hudson-Odoi handled the ball in his side's danger zone.