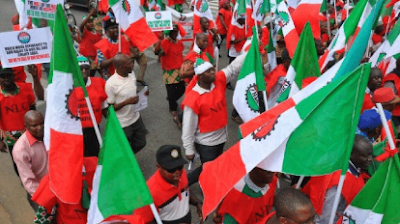 A Coalition of Civil Society Organizations in its project tagged “Say No Campaign,” has called on labour leaders as well as their Trade Union counterpart to go beyond their core mandates of seeking increment in wages and other welfare packages for their members and show interest to wider concerns of the society.

The CSOs also urged them to use their influence and evoke accountability from relevant government institutions for the general good of the public.

The convener of the project Ezenwa Nwagwu stated this over the weekend in a workshop for labour and trade union anti-corruption network held at the Watbridge hotels and suites, Uyo, Akwa Ibom State capital.

He, however, lamented the spate of abandoned projects in communities, as well as deplorable roads and wondered why labour leaders and other civil actors had kept blind eyes on the malaise, adding that, they should raise their voices against these as they always do whenever their wages were been owed or withheld by government.

He urged the labour leaders to join in the broader conversations which affect the society by showing interest in the budget of their local governments and its implementation processes, track abandoned projects as well as demand for good governance.

He noted that this class of people (labour unions) wield power and influence, both nationally and internationally, hence their interest in the activities of government would check some excesses.

According to him, “we have to shift attention of labour from simply participating in the core mandate of seeking increment in wages of members to having relevance to the wider concerns of the four communities they belong which include, community of your nativity, where you reside, where you work and the community of the affected.

“All we say, is, you have the competence, you are respected, you have the influence, use that influence beyond trade union issues and see how you can energize the concerns of larger citizens which we are mobilizing today, we are working with traditional rulers and people at the grassroots to see how we can hold government accountable and ensure good governance.

“Labour also should utilise the Freedom of Information act, seek information about the budget of their local government, ask questions on how the monies were expended and why some projects were abandoned.

“From information gathered, labour leaders are not interested in what is happening in their communities. Some have not even seen the budget of their communities. If all these men and women who are respected both nationally and internationally do not talk about this, is it our brothers and sisters who live in the backwater communities struggling with existential challenges that should talk about it?”