France international Ousmane Dembele got the assist from Lionel Messi to score the first goal for Barcelona before the Argentine football star sealed the win for the Catalans.

But it was Arsenal target Joan Jordan who caught the attention of the fans after he failed in his attempt to pull Lionel Messi down on the pitch.

Lionel Messi was making a nice attacking run in the midfield and dribbled pass Joan Jordan who had no answer for the Barcelona captain. 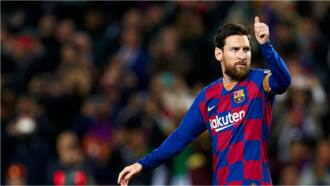 The Spaniard was unable to get near the Argentinian and instead resorted to simply trying to pull his shirt to bring him down.

But even that proved too difficult a task for Jordan who was left blushing by the six-time Ballon d'Or winner's magic.

Before the close of the January 2021 transfer window, Joan Jordan was linked with a move to Premier League side Arsenal, but the deal was not successful.

The Gunners are said to be planning to go for the signature of the 26-year-old at the end of the ongoing Premier League season.

Meanwhile, Barcelona are now occupying second position on the Spanish La Liga table with 53 points and they are five points behind leaders Atletico Madrid. 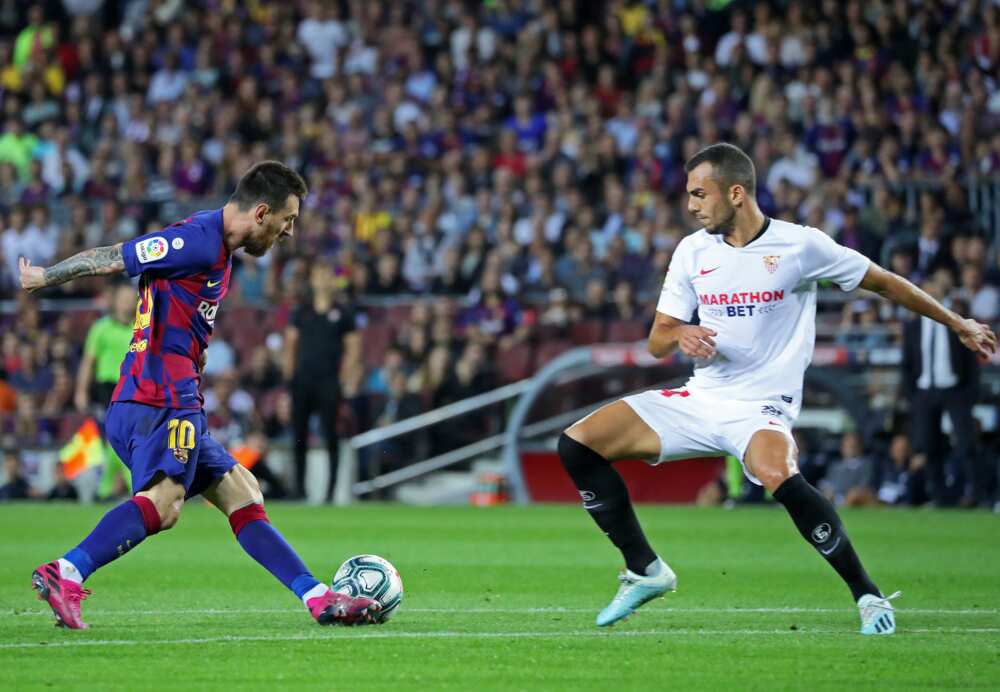 Earlier, Legit.ng had reported how Lionel Messi is set to extend his contract at Barcelona amid constant transfer rumour linking him away from the club in the summer. 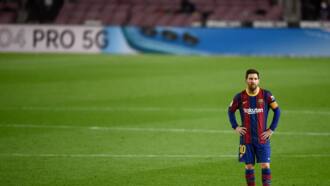 But according to the report, his decision largely rests on the outcome of the Barcelona's upcoming March presidential elections.

Joan Laporta, Victor Font and Toni Freixa are all vying for the position after the unceremonious exit of the former president Josep Maria Bartomeu.

Last summer, Messi was on the verge of leaving Barcelona after a soured relationship with Bartomeu, forcing the latter to step down as Barcelona's president.

But now the 33-year-old is convinced to remain at the Camp Nou after Bartomeu's exit.

Messi is out of contract in the summer and he has been rumoured to either make a move to PSG or Man City in the summer.