EPL: Klopp names player who made ‘difference’ during Liverpool’s 1-0 defeat to Chelsea

Liverpool boss, Jurgen Klopp, has named Chelsea star, Mason Mount, as the player who made the ‘difference’ during his side’s 1-0 defeat agai... 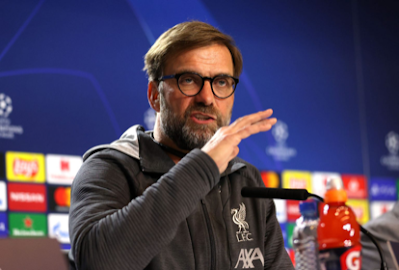 Liverpool boss, Jurgen Klopp, has named Chelsea star, Mason Mount, as the player who made the ‘difference’ during his side’s 1-0 defeat against the Blues on Thursday at Anfield.

Klopp explained that Liverpool’s clash against Chelsea was a tight game, but Mount’s individual quality gave Thomas Tuchel’s side all three points against the Reds.

Mount scored the only goal of the match in the first half of the encounter as Liverpool suffered their fifth consecutive defeat at home this season.

“The individual quality of Mason Mount at that moment made the difference. It was a tight game, intense game,” Klopp told Sky Sports after the defeat to Chelsea.

“Both teams invested a lot. That is it pretty much.”

He added, “They had the goal they scored, which was offside. The second half, another counter-attack, we had more situations around, the great one with Sadio Mane and other situations where we did not score.”

Klopp will now hope Liverpool returns to winning ways when they face Fulham on Sunday in their next game.