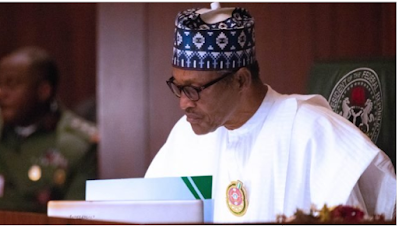 Buhari gave the directive as a measure to curb the activities of banditry and terrorism in the country.

The President had ordered security agents to go into the bushes and shoot whoever they see with weapons like AK-47.

In a statement, Yawe said: “Though only lawyers can interpret the legality of the President’s order, that the President ordered people to be shot without trial is a legal issue.

“But we agree that there is a need for the extreme measure to curb the spread of arms like AK-47.

“Some governors are even arguing that people should be allowed to carry AK-47 and that is not right. They want the country to dissolve into anarchy. It is not right for private individuals to carry AK-47, which is known all over the world as a very dangerous assault rifle.

“Nigeria is not at war, so why should people carry AK47 freely? Even Dane guns, you need a licence to own it. In Nigeria, people just carry AK-47 freely and they kill people and nothing happens to them.

“The ACF welcomes the President’s order.”

Lately, gun-wielding bandits have been on the prowl in the Northern part of the country.

Schools in Zamfara, Niger, Katsina States have been the major target of the bandits.

Several students have been abducted and later released after some form of negotiations between the bandits and affected state governments.