Man City vs Man Utd: Woodward rates progress team has made under Solskjaer

Manchester United executive vice-chairman, Ed Woodward, has said the progress the team has made under Ole Gunnar Solskjaer “is clear.” Unite... 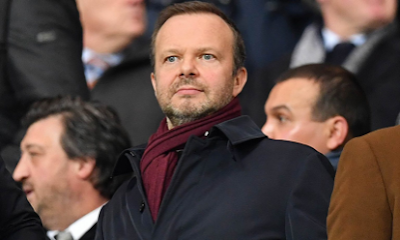 Manchester United executive vice-chairman, Ed Woodward, has said the progress the team has made under Ole Gunnar Solskjaer “is clear.”

United are 14 points behind leaders Manchester City, who they face this Sunday in the Premier League.

However, there is still hope for silveware this term in the FA Cup and Europa League.

“The progress made by Ole and the players this season is clear,” he said.

“While we are pleased about this season’s on-pitch progress and the strength of our current squad, we are equally bullish on our long-term prospects.”