Precious Chikwendu, estranged wife of Femi Fani-Kayode, former minister of aviation, says she is ready to fight him over their children.  ... 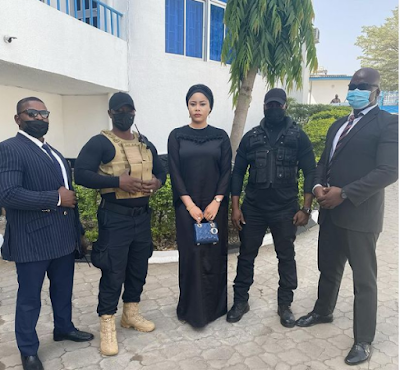 Precious Chikwendu, estranged wife of Femi Fani-Kayode, former minister of aviation, says she is ready to fight him over their children.

Recall that NigerianEye had reported how the duo’s marriage hit the rocks over allegations of domestic violence.

Fani-Kayode had earlier claimed that he once caught Chikwendu having an affair with a married man.

The minister had also denied assaulting Chikwendu, alleging that he covered her “madness” for seven years to protect their children.

But in an Instagram post on Friday, Chikwendu said she is now ready to fight back, adding that nothing would stop her from having access to her children.

The mother of four also recounted how the minister told her on numerous occasions — while they were still together — that she couldn’t do anything because she had no one.

“You called me Khalesi because you knew that behind my pretty face, is a warrior that never gives up. You kept mocking me and said I had nobody but I constantly told you, I have God,” she wrote.

“Then the jackals thought I’m a tigress and kept off my track but still messing with my cubs. Now this Lioness is out for her cubs and wont stop till the sun stands still. Taking the sticks and stones thrown at me to build a house #boysmamaiscomingforyou #firstdayofwar #shallwebegin #warready #doingthehakka #amazonianqueen #snowhite #fairytale.” 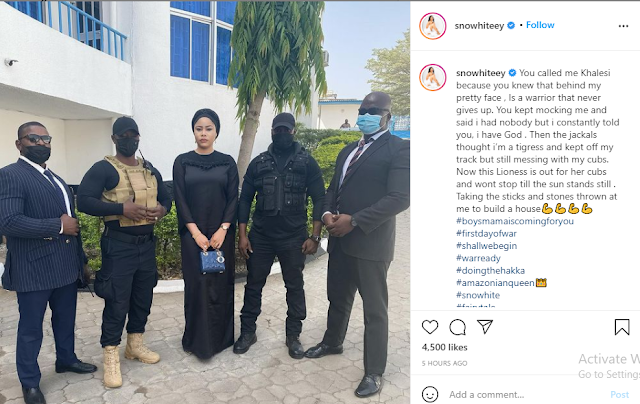 Chikwendu also took a swipe at an Instagram user who queried her for choosing “battle instead of war.”

“Till you carry a precious first in you, and another fabulous multiple three at the same time, after too many needless and almost dying of blood cloth from multiple birth, my thyroid taken out two months after delivery and later your labor taken away from you over nothing, then I will have an answer for you,” she fired back.