- Zlatan Ibrahimovic is unstoppable on or off the pitch

- Instead of being stuck, he jumped on the bike of a fan just to make through in time

AC Milan striker Zlatan Ibrahimovic was said to have abandoned his car for a bike ride after he was held in traffic.

The 39-year-old was on his way to a musical show when he encountered a heavy traffic jam and he had no other choice but to jump on the back of a fan’s motorbike in a bid to arrive early.

He sped very fast while riding in a well-lit tunnel wearing a helmet and a face shield in a short clip released on social media. 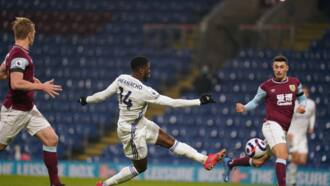 2 days after scoring a stunner for Leicester City, Nigerian star shows off swimming skills during training

This however means that the legendary striker doesn't like to be hindered by anything - not even a traffic jam. 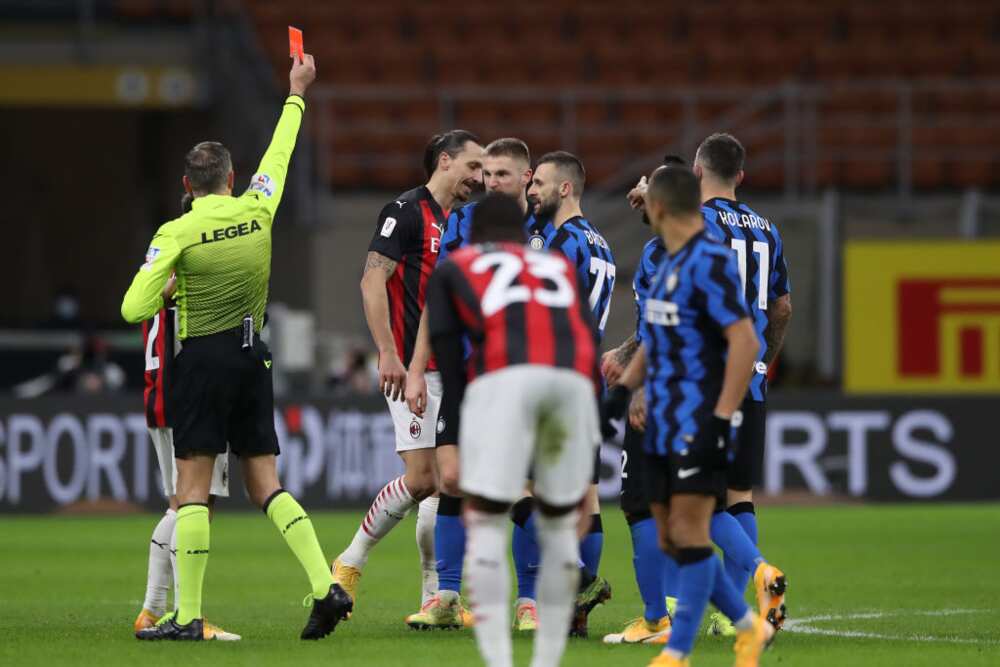 Zlatan Ibrahimovic after being shown a red card during the Milan derby in the Coppa Italia. Photo by Jonathan Moscrop
Source: Getty Images

The Swede has astronomical figures in the Italian League this campaign having scored 14 goals in 14 topflight appearances on his return to his former club.

He has also scored in other competitions in the European country he currently plies his trade but a chance to win the Serie A title seems impossible.

Both strikers clashed during the game which ended 2-1 in favour of Antonio Conte's men with Christian Eriksen striking the winner through a stoppage-time free-kick.

The 39-year-old Swede broke the deadlock for his side in the 31st minute but a spot-kick from Lukaku restored parity in the 71st minute. And then the former Spurs star scored the winner.