UFC middleweight champion Isreal Adesanya has gifted his mother a Porshe car valued around N52 million ($127k) ahead of his fight this weekend.

The 31-year-old is set for his 21st professional fight against Poland's Jan Blachowicz for the light heavyweight title at the UFC Apex on Sunday, March 7.

Adesanya heads into the fight with a flawless record having won all 20 previous fights - 15 which came from knockouts while his opponent has lost eight of his last 35 encounters. 2 days after scoring a stunner for Leicester City, Nigerian star shows off swimming skills during training

The 'last Stylebender' as he is popularly referred to however paid homage to his dad by wearing his Dadesanya shirt to his press conference. 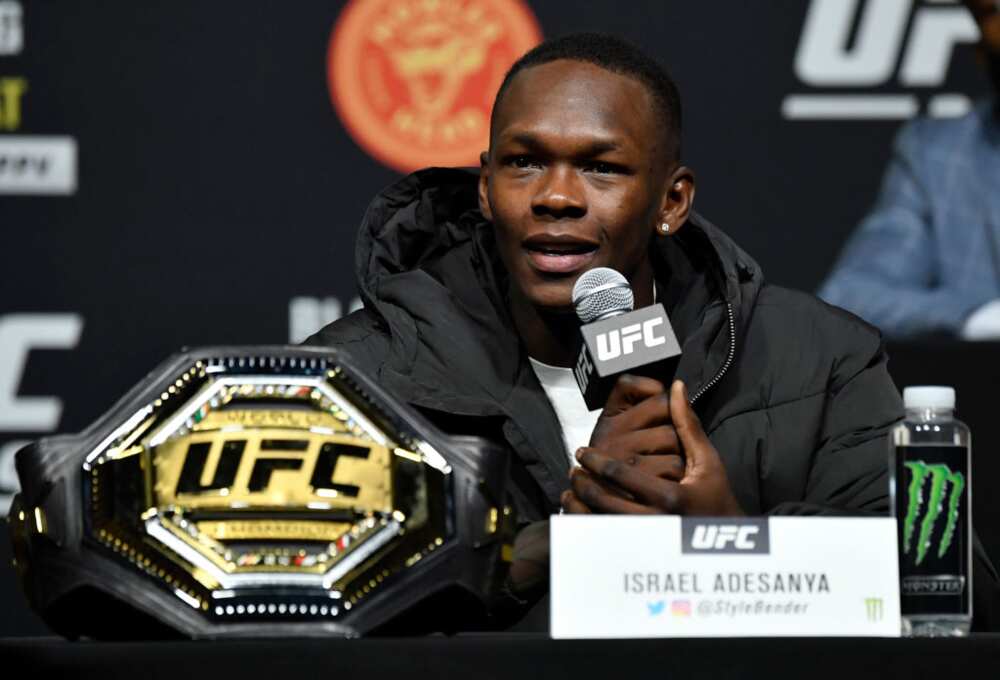 Nigerian-born UFC fighter Adesanya during the press conference ahead of his fight this weekend. Photo by Jeff Bottari/Zuffa LLC
Source: Getty Images

Having done that, Isreal then proceeded to buy a brand new car for his mum a few days to another important fight. While presenting the special gift t his mum, he said:

"Give your loved ones their flowers while they are here to receive them. If flowers are too much then just gift them a Porshe."

The Nigerian-born fighter will now be hoping to step up his victory tally at the end of his next fight this weekend.

Legit.ng earlier reported that UFC middleweight champion Israel Adesanya has figuratively stated that he will get the gold the whites took from Africa when he faces Jan Blachowicz for the light heavyweight title. 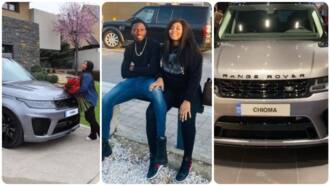 The 31-year-old is looking to become the first African-born double champion in UFC history if he records a win over the Polish Power.

Adesanya believes it is time the UFC have Africans take over the heaviest divisions as Cameroon's Francis Nganou takes on Stipe Miocic for the heavyweight crown.