PAY ATTENTION: Over the years, we have impacted so many lives together. Each time we uncovered a story of misfortune or injustice, viewers from across the world rallied in support – we gathered funds for education, housing, and food for the heroes of our stories. Right now, we wish to focus our help on the Children of Calabar. Help us change more lives – support us on Patreon.

Nigerians have been gushing over singer Davido after a fan shared a sneak peek of his feature in Coming 2 America.

In the movie, Davido was spotted singing his popular song Assurance as a young man and woman walked hand in hand, to the admiration of their guests. 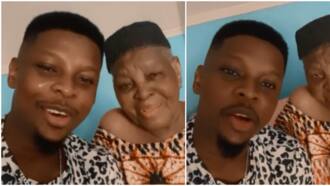 A few hours after the movie was released, the Nigerian singer took to his Instagram page to comment on how he felt about his feature. Davido shared a video where he was spotted looking at his own scene. As his scene ended, he looked back at his friends whose voices were heard in the background and laughed while saying something inaudible.

The father of three was clearly pleased with his feature as he screamed his popular slang, E choke!

In other news, Legit.ng earlier reported that Davido made Nigerians proud with his performance on Jimmy Kimmel Live show. 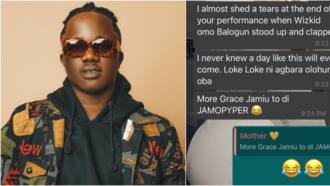 The Nigerian superstar treated the audience to a beautiful performance of his 2019 hit song, Assurance, off A Good Time album.

Davido rounded up his performance with a lovely rendition of his 2020 hit single, Jowo, off the A Better Time album.