'One Mic': American rapper Nas not intimidated by new rappers in the hip hop game

- Nasir Jones, better known as Nas, says that he is not losing any sleep over new artists in rap

US rapper Nas has opened up about what he thinks about the developments in hip-hop. Nas told the Financial Times in an interview that he appreciates all the artists that are on the come up but they aren't competition for him. 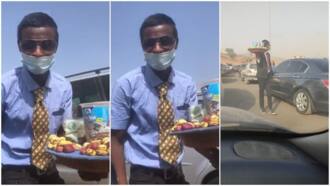 “I appreciate what’s out there, but there’s no one keeping me up at night," he said.

Nas said that he'll listen to a new rap song that comes up but nothing keeps him entertained enough to find him listening to it the next week.

The Queens rapper said that although he's not really bothered about the new artists in the game, the late Pop Smoke caught his eye. Nas says that he's not bothered by the new artists in rap. Image: @nas
Source: UGC

“He was a breath of fresh air. The drill movement in London, Chicago, and New York is really exciting," said Nas.

Nas featured some artists on his project King's Disease last year, such as Big Sean, Lil Durk and A$AP Ferg to name a few.

Social media reacted to Nas's comments online. Take a look at the reactions below:

"No new rappers know who he is." 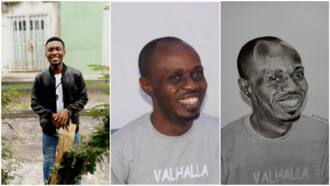 Young man uses pencil to draw exact image of his client, shares photos, many praise him

"Nas got records that are better than some rappers albums."

"Nas is so great. Every time I hear any of his music from the last decade, I'm just blown away! and his earlier stuff? GOAT."

US rapper Lil Uzi Vert has taken to social media to share his thoughts on Jay-Z's recent business moves.

Uzi is definitely impressed by the rap mogul's recent money moves. Jay-Z took to Twitter on Thursday, March 4, to reveal that Square Inc, owned by Twitter co-founder Jack Dorsey, has acquired a majority stake in his TIDAL at a reported value of $297 million.