Nigeria's prominent human rights lawyer, Femi Falana (SAN), has denied the claim that he bought a property from the Economic and Financial Crimes Commission (EFCC).

Falani also debunked the claim by a witness who told the Federal High Court in Abuja that a property allegedly recovered from the Pension Reform Task Force, valued at six billion naira was sold to him for one billion naira in 2015.

The pension reform task force is headed by the embattled Abdulrasheed Maina who is being prosecuted by the EFCC. 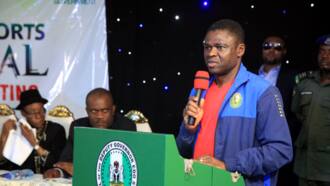 According to a report by Channels TV, Falana said the allegation against him was a ploy by the federal government to tarnish his reputation.

The senior lawyer explained that the property in question was never recovered by the presidential pension task force.

He said the property was used as collateral by the owner, A. Group properties limited, with regards to a loan from a prominent bank in 2008.

According to Falana, the Asset Management of Nigeria (AMCON) took over the property via an order of interim forfeiture when the owner defaulted in the payment of the loan.

He further explained that in an attempt to liquidate the loan, the owner of the property wanted to sell it and his law firm agreed to buy the property but they withdrew due to the delay in resolving the case.

He noted that the case is still pending at the Federal High Court. 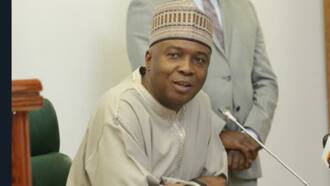 Falana, therefore, challenged the federal government to go ahead to forfeit the money he purportedly paid and recover the property if it established that it was recovered by the pension task force.

Meanwhile, in a bid to step up the fight against corruption in Nigeria, Senator Ali Ndume has called on President Muhammadu Buhari to sign an executive order on unexplained wealth.

The chairman Senate committee on army explained that the order would make the EFCC more proactive and boost the war against corruption.

He reiterated that if the newly appointed chairman of the EFCC is to work effectively as the head of the anti-corruption unit, a law on unexplained wealth has to be passed.

In another report, Rotimi Amaechi, Nigeria's minister of transportation, has said corruption persisted in the country because those he described as thieves escape being jailed or severely punished. 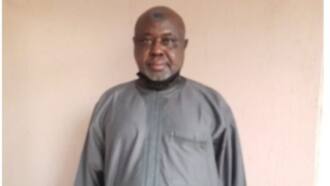 The minister stated this on Monday, February 8, at the 2021 Founders’ Lecture at the University of Port Harcourt.

The minister urged Nigerians to stop celebrating people who enriched themselves by stealing public funds, noting that such actions encouraged corruption.

Nurudeen Lawal is a Legit.ng journalist passionate about fact-checking/verification journalism. He holds a Bachelor of Arts degree in Literature-in-English from Obafemi Awolowo University. As Politics Editor, Nurudeen mostly writes on Nigeria’s political and socio-economic developments. He has attended different workshops, conferences and training on fact-checking and digital reporting, among others. Learn more about him on Twitter, @Nurudeen Lawal_